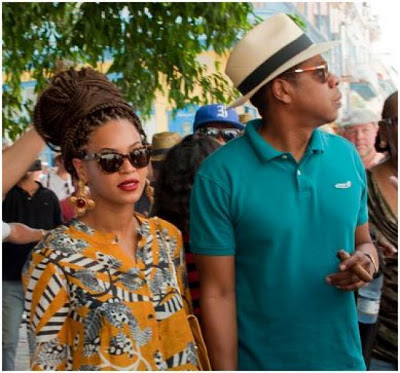 The controversy and scandal surrounding rapper and music industry mogul Jay-Z and his vacation in Cuba is not dying down. Eyebrows continue to rise over the decision by Jay-Z to celebrate his 5th wedding anniversary with his wife Beyonce on the communist-run island as a VIP guest of the Castro dictatorship as more Americans learn the truth about the repression and sinister apartheid so prevalent in Cuba.

It has been interesting to watch how the Castro sycophants have reacted throughout the course of this scandalous event and the roller coaster of emotions they have been riding on. When the news first broke out, they timidly defended the rap star and his wife, afraid of the intense scrutiny that was taking place. A few days into the controversy, they changed tactics and became bolder in their defense, an obvious attempt to capitalize on the media coverage and get the Castro dictatorship talking points into the press. That is when they ran into the brick wall of truth: Cuba’s horrific human rights record and pernicious apartheid that relegates black Cubans to the status of third-class citizens proved too much for them to overcome. Now, they are only hoping and praying this news story blows over and people stop talking about the atrocities their benefactor, the Castro dictatorship, commits on the island on a daily basis.

Yesterday was not a good day for the Castro dictatorship or its sycophants here in the U.S. The Jay-Z/Cuba story got ample coverage on some of the Sunday news shows and the truth about Cuba’s horrific apartheid dictatorship was front and center.

Marco Rubio on ABC’s This Week with George Stephanapolous:

And then on CNN’s State of the Union:

Finally, Mauricio Claver-Carone goes on MSNBC and despite being outnumbered 4-1, he schools the guests and viewers on the truth about Cuba: