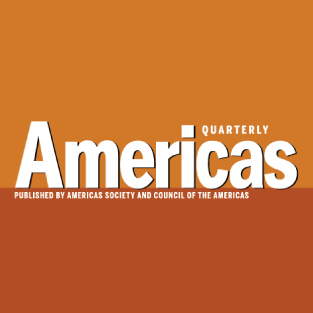 The framework of U.S.-Latin American relations, including relations with Cuba, has grown more complicated following the death of the late Venezuelan President Hugo Chávez. Even if Nicolás Maduro remains the Venezuelan president after his controversial victory over Henrique Capriles, it is not likely that oil-rich Venezuela will continue subsidizing the economies of Cuba, Nicaragua, Bolivia and various Caribbean states. Chávez’ largesse helped buy friends for his government, but Venezuela now has its own pressing needs.

At the same time, Cuban President Raúl Castro is searching for U.S. dollars just to avoid economic reforms. For 30 years, the Castro brothers depended on the Soviet Union to keep their communist government afloat with an estimated $5 billion in annual subsidies. After the collapse of the Soviet Union, Chávez became Cuba’s patron benefactor.

As U.S. National Intelligence Director James R. Clapper put it in testimony on March 12, 2013, to the U.S. Senate Select Committee on Intelligence, “Cuba’s leaders are urgently trying to attract foreign investment” now that Chávez is gone.

For investors, Cuba is not a good bet. It has no oil or other significant natural resources—with the exception of nickel, which has been set aside for the Canadian Company Sherritt International. Moreover, “investing in Cuba” means dealing with the Castro government. There’s no such thing as private enterprise in Cuba. And if things turn sour between a foreign investor and the Cuban state, there’s no independent judiciary to which to appeal. On the Heritage Foundation’s Index of Economic Freedom, Cuba ranks ahead of only North Korea, and is listed 176th of 177 countries.

Havana has waged a prolonged public relations effort to convince Washington to lift U.S. trade sanctions and to extend it credit despite the Castro regime’s history of unpaid bills. The campaign was predicated on Cuba’s expectation that off-shore drilling would strike oil, but the joint ventures between Havana and oil companies based in Venezuela, Malaysia, Spain, and Brazil have all come up dry.

Illiquidity makes things worse in Cuba today. Foreign investors operating on the island are not being allowed to withdraw their money from Cuba’s banks and some investors are being given vouchers that can only be spent in Cuban government-owned enterprises, such as the Tropicana nightclub in Havana.

1 thought on “How Long will Cuba Avoid Economic Reform?”