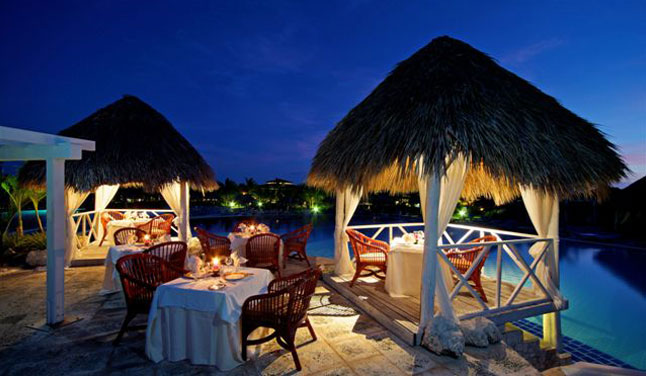 Like Deng Xiaoping in China, General Raul Castro is using capitalism to save Cuba’s brand of socialism. It worked in China. The party and its ideological stalwarts achieved results.

Not only did the market and capital investments transform China into the second largest economy on the planet, creating spectacular economic growth, the party also performed Olympian ideological acrobatics. Sweeping away the resounding failures of Mao’s Great Leap Forward and the barbarities of the Cultural Revolution was a masterpiece of Chinese advertising magic.

Deng experienced the violence of the revolution personally. He was a victim of the Cultural Revolution unleashed by Mao. Accused of being a counter-revolutionary, he was stripped of power. He was confined in 1969 to a remote region and forced to work in a tractor factory in Jianxi province. After Mao’s death he was rehabilitated. Once in power he gradually began China’s transformation.

From a rural economy he created a superpower by fusing the tools of capitalism with the supremacy and control of the Communist Party. His first steps were gradual. At the time his Soviet comrades and Cuba’s Fidel Castro branded him a traitor to Marxism.

In the 1980s, while Fidel Castro dismissed the new Chinese government, his brother Raul took note. The Chinese reforms began seven years before Gorbachev’s perestroika. They met with approval from the United States which, astonished by the economic and social experiment, granted China most-favored-nation trade status.

During the uprising in Tienanmen Square in 1989, Deng Xiaoping did not hesitate to order the army to fire on peaceful protesters calling for democracy. Deng was clear; no one but no one was going to impede the progress of the reforms.

Millions of people got out of poverty thanks to the economic transformations. Today the Communist Party applauds people who make money, as long as they remain silent, obedient and do not succumb to democratic rhetoric.

Today China is a quiet empire – a country where laborers work for seventy dollars a month for as many hours as an investor wants without worries about losses from strikes or independent trade unions.

China is a cocktail of voracious capitalist ambition combined with the rigid societal controls typical of an autocracy. The entire reform process in China has been carefully studied by the accountants, technocrats and economists advising the Cuban general.

Raul Castro has been in charge of the nation’s economy since the mid-1990s, but it was only after July 31, 2006, when his brother gave up power due to illness, that the path was clear to introduce economic changes on the island.

In Cuba the capitalist methods of a market economy are to be introduced gradually. As in Deng’s China, lip service will still be paid to a planned economy, but the doors will be discreetly opened to capitalist investors. The economic czar, Marion Murillo, is careful to camouflage his future plans.

Among the first steps will be overtures to millionaire Cuban businessmen living in the United States. Unlike China, however, Cuba is of no particular interest to the world’s power centers.

A limiting factor is that its market of eleven million impoverished Cubans in not a seductive draw for foreign investment. Its complicated investment laws also do not inspire confidence.

Until now the Castros have acted like swindlers, breaking it off with capitalists and closing down their businesses when they feel like it. General Raul promises to change the rules of the game.

The embargo is another big obstacle. No capitalist with any sense of pride is going to invest money in Cuba if it means not being able to do business with the world’s superpower.

There is nothing more cowardly than a million dollars. To reverse the situation, sensible people in the regime are trying to strengthen the anti-embargo lobby in the United States.

They can count on the support of most country’s in the world as well as the proven inefficacy of the embargo. Economic pressures from Washington have brought neither democracy nor free elections to the island.

Eleven administrations have passed through the White House during the fifty-fours years of this autocratic government, having committed themselves to democracy in Cuba.

If Raul Castro comes up with cosmetic political changes and creates business opportunities for all Cubans — exiles and non-exiles — the next American president could change policy.

At the end of the day, China is no more democratic than Cuba. And the United States wants a neighbor that keeps illegal immigration under control and combats drug trafficking and terrorism.

These are the trump cards the government of Castro II will proposed to sit down and negotiate with the Americans. The current regime could be innovative in creating democratic pockets.

For some time, the special services have been colonizing certain areas of dissent. As an international image it doesn’t hurt. And, above all, to engage the rest of the nations of the continent, where the opposition is legal.

Raul Castro’s intentions are to revive the economy so that people can to live better without questioning who governs. His goal is to extend the Castro regime beyond his death.

His guide has been China’s reforms. His strategy is similar. That capitalism saves a shipwrecked socialism.