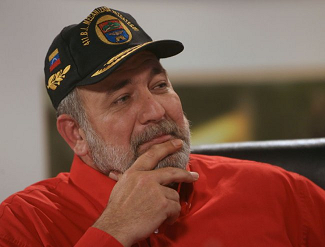 “I am afraid, Palacios, that Nicolas [Maduro], first of all, is being manipulated by Cilia [his wife].

“This is a continent of Caudillos, my friend, and the woman has to remain in the shadows. For all their mystical bullshit, their spiritual bullshit, the Venezuelan woman likes a powerful man. And that is the type of bullshit I deal with… what is psycho-social, what has to do with the leadership abilities of a person.

“Chavez, having his woman, or his women – I don’t care if he had them or not – was a mysterious man to the women because he had been divorced twice and was always a man the women found attractive. And that bullshit was largely manufactured. And I told him that when I had a chance in Hanoi: Damn it, is there anyone who will tell Nicolas to stop showing off Cilia? He has to look like a leader, not like ‘here’s my wife, kiss-kiss’ and bullshit like that. This is not an American campaign, this is a Latin American campaign.”

Another example of the everlasting strength of Latin American Machismo, with no regard for the revolutionaries who base their beliefs on principles, no concern over continually separating female comrades and male comrades, Venezuelan men and Venezuelan women.