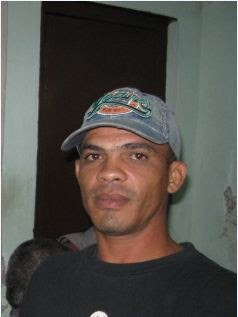 The Castro gulag is a large torture chamber, with which the dictatorship consumes its political opponents and attempts to break their will. More times than not, however, the dictatorship fails.

An example of this occurred April 28 when a guard at the Agüica prison handcuffed political prisoner Luis Enrique Labrador Diaz and sprayed his eyes with pepper spray. The guard was following orders from higher-ups at the prison, according to a report posted at Misceleaneas de Cuba.

Labrador, who has been in jail since June 2011, has routinely been subjected to harsh treatment by his jailers. For example, he has been denied access to a telephone and guards have incited dangerous common criminals to threaten Labrador.

Labrador in 2011 was sentenced to five years in prison after he and other activists were convicted of distributing anti-government leaflets in Havana.