Part III of a Babalú exclusive report on the Bay of Pigs invasion by historian Diego Trinidad, Ph.D. (Part I available HERE and Part II HERE):

The Bay of Pigs: In defense of Truth and History – Part III

Kennedy was so much against any military option (unknown to almost anyone at the time), that when Bundy gave him two summaries on February 15, one written by Bissell basically restating the old Trinidad Plan, the other written by Under Secretary of State Thomas Mann, a holdover from the Eisenhower time, but a prestigious career diplomat, Bundy added a cover note saying he had put Mann’s memorandum on the bottom because he knew the president was inclined toward Mann’s alternative. This was the famous “windowpane” strategy. Instead of force, Mann proposed that the Castro regime be isolated, politically, diplomatically and economically. Then, his communist policies would run Cuba into the ground for the entire world to see, especially Latin America. The propaganda victory for the US would be great. Still, Kennedy wavered.

For no matter what Kennedy’s inclinations were, he had become a prisoner of his campaign rhetoric, just as Acheson had warned. And public opinion, that “goddess” of the Kennedys, was strongly in favor of tough policies against Cuba, just as he had promised before the election. So now he had a new plan, the Zapata Plan. The new landing site was in the Bay of Pigs, 90 miles west of Trinidad and much closer to Havana. But geography was the least of the changes. The Bay of Pigs is surrounded by one of the largest swamps in the hemisphere, the Zapata swamp (thus the name). It was isolated indeed. There was just one macadam road to the small town of Jaguey Grande. Instead of sandy beaches, there were reefs all over, although CIA analysts insisted the shadows shown by photographs taken by U-2s were algae (some Brigade members from the area knew better, but the CIA ignored their advice). The water was too deep for the Brigade to jump into the water and wade onto the coast (there were no beaches), so that landing craft were necessary and there were strong currents. But the biggest difference of all was that the Escambray mountains, the escape valve in case of failure in the Trinidad Plan, so that the Brigade could move into the mountains and join the rebels fighting there, were 80 miles away. There was no escape; it was a case of do or die if the Brigade did not win outright. Kennedy’s advisors later claimed that the president did not know how far the Escambray mountains were from the new site, that he was never informed. But that was not true. He was informed many times. Furthermore, as a former Navy lieutenant, the president certainly knew how to read a map. Nevertheless, he approved the Zapata Plan on March 18, reserving the right to cancel it up to 48 hours before the launch.

There were a couple of good points about the new site. There was a nearby landing strip long enough for the Brigade’s B-26s. And the sole road could be easily defended against counter-attacking troops. But that was all. And now the timing was really tight. The invasion had to go as soon as possible. Still, the State Department insisted on new changes. Both plans included bombing raids by the Brigade B-26s to destroy the FAR planes on the ground. But the Trinidad Plan included only one raid on the dawn of the invasion by all 16 B-26s. The Zapata Plan included five bombing raids, including the two raids on April 15. And on April 8, as Kennedy continued to vacillate, he told Bissell he “wanted to play down the magnitude of the invasion in the public eye and therefore did not want a full-strength strike but a more limited one”. The president directed Bissell “to reduce the scale and make it minimal”. But he left the details to Bissell, who took it upon himself to arbitrarily cut the use of the B-26s from 16 to eight in the upcoming raids. Kennedy has always been held responsible for this decision, but it was Bissell, not the president, who was responsible (he is, however, confused about the date of this fateful meeting, writing in his memoirs that it was the 14th; but it was in fact the 8th) And it cost him dearly, as the following morning, a Sunday, Esterline and Hawkins, extremely distressed by the halving of the use of the Brigade bombers and the change in landing sites, came to his home, told Bissell that the plan could not work with all the new restrictions, and handed him their resignation. Bissell appealed to their patriotism and convinced them to stay on board, but they extracted a promise that there would be no more changes. They were unfortunately disappointed, as the worst change was about to be made. And this last change inevitably condemned the operation to fail.

The Cuban FAR had 17 B-26s, slightly different from those of the Brigade, which would later prove crucial. They also inherited 13 British-made Sea Fury propeller-driven fighter planes, one old F-51 Mustang and the biggest difference of them all: four T-33 training jets, armed with two 50-caliber cannons on the nose and four rockets. According to both plans, the entire Cuban Air Force had to be wiped out; the Brigade must have total control of the airspace over the Bay of Pigs. That was always a given, but another part of the original Plan was also changed, this time by the CIA and Kennedy may not have been informed. There was to be no popular uprising by the resistance inside Cuba. The CIA decided that because Cubans “talked too much”, there was a high risk that the date of the landing would be discovered by Castro’s intelligence services. But the resistance groups were never informed by the CIA and two days before the landing, thousands were rounded up and taken into custody. This is still one of the big reasons that many Cubans still feel they were betrayed. They were certainly deceived by the CIA, by not informing them, by making them believe until the very end that they would be an important part of the plan. But it is also one of the big conspiracy theories that refuse to go away. The decision to exclude the resistance may have been wrong, but it was not a betrayal. This was a covert operation, and the CIA reasoning made sense, even if it may have been wrong. Will many of the participants still alive ever accept this? Probably not, but it still was not treason. 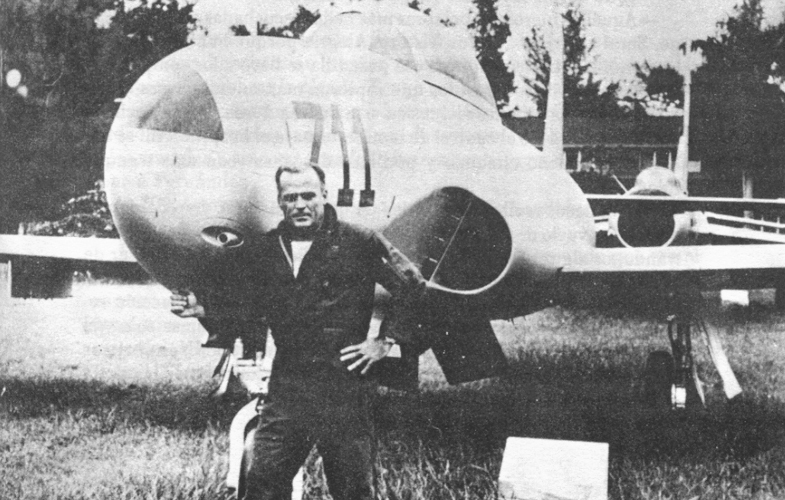 Finally, on April 15, the first—and what was to be the only—bombing raid began in the early morning. (There was a second raid attempted, as planned, later in the afternoon, but because of bad whether, it was aborted). Eight B-26s left Puerto Cabezas for the three-hour flight to Cuba. There were three targets: the former Camp Columbia outside Havana, the main Cuban airbase in San Antonio de los Baños, and the airport in Santiago de Cuba. According to the CIA, the FAR planes were lined up all in a row, an easy target. But according to General Rafael del Pino, who defected to the US in 1984, then the highest-ranked defector ever from a communist country, there were no military planes in Camp Columbia, not for over a year. There were a few rusting eighteen-wheelers loaded with artillery shells which exploded on impact. He could never understand why Camp Columbia was bombed.

Del Pino, who was a young air force lieutenant at the time and who fought against the Brigade aboard one of the T-33 which did so much damage on the 17th reported the results of the raid on the 15th and this information has never before been revealed. At the San Antonio base, one T-33 was destroyed along with a few old transport planes. And at Santiago, three Cubana Airlines passenger planes were destroyed and an old Catalina amphibious plane. Nothing else, although an airman, Orestes Acosta, was killed in an accident aboard a T-33 before the raid. Nevertheless, the CIA, based on U-2 photographs taken after the raid, and on reports from the returning Brigade pilots, believed that al least half of the Cuban FAR was destroyed. Now the real trouble began.

3 thoughts on “Babalú Exclusive:<br/>The Bay of Pigs: In defense of Truth and History – Part III”