Cuba Admits Gross Is a Pawn 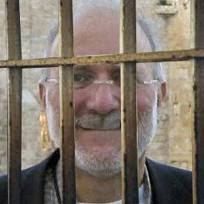 Is Washington engaged in a negotiation with Havana to try to free U.S. Agency for International Development contractor Alan Gross from a Cuban jail? If so, what’s on the table?

The letter was prompted by the issuance of a visa last month to Josefina Vidal Ferreiro, Cuba’s director of North American affairs for the Cuban foreign ministry, so that she could meet with Ms. Jacobson. It is the second time Ms. Vidal was granted a U.S. visa in just over 12 months. This has raised some congressional eyebrows, and not only because Ms. Vidal’s husband is a former diplomat to Washington who was “declared persona non grata and expelled for his ‘activities hostile to the national security,'” according to the letter.

A larger problem is that Ms. Vidal is a high-ranking member of Cuba’s Ministry of Foreign Affairs. As such, the congressmen pointed out in their letter, “her sole mission is to promote the Cuban regime’s propaganda, undermine U.S. interests, and justify” Cuba’s repression of its own people. “In addition, she has been at the forefront defending the Cuban regime’s unjust holding of a U.S. citizen and harboring U.S. fugitives.”

The implication is that the Obama administration is playing footsie with the Castros. If so, it would seem to be exactly what Ms. Vidal was asking for when she appeared in an interview with CNN’s Wolf Blitzer on May 10. The CNN host asked, “What would be good for Cuba that could potentially open the door to freeing Mr. Gross?” Ms. Vidal answered: “For Cuba it would be a right to have a response on the part of the U.S. government about its willingness to respond to our proposal to sit down and initiate a negotiation on [the Gross case] and many other matters concerning our bilateral relationship.”

In other words, Mr. Gross is a negotiating chip. Ms. Vidal would not say what Cuba wants in exchange for letting him go, but the release of several Cuban intelligence officers convicted in 2001 of spying on the U.S. is likely on the list.

Not surprisingly, the three Cuban-American congressmen object to negotiating with the dictatorship and are asking, “What was the purpose and intent” of Ms. Vidal’s trip and “what issues were discussed during her meeting with Ms. Jacobson?” In addition, they have asked for an “update” on Mr. Gross’s case, which began in December 2009 when he was arrested by Cuban authorities for having brought satellite telecommunications equipment into the country. The 64 year-old is now serving a 15-year sentence in Havana for his “crime.”