Yesterday, The Miami Herald published a story on how based on a recent report on remittances to Cuba, which claimed the island receives well over 2-billion dollars in cash remittances every year, this huge flow of money from outside island is driving the Cuban economy. However, a more careful analysis of this report and who is behind it is starting to raise more questions than it is providing answers.

The Havana Consulting Group (HCG) is a firm that markets and advises on business opportunities with the Castro regime.

In their own words:

“Our expertise ranges from understanding company operations, identifying local consumer preferences, pinpointing various products and services in the tourist sector, and positioning national and international brands and services in more than 32 categories, to the identification of niche markets across various sectors of the Cuban economy.”

It is headed by a former Castro regime business executive, Emilio Morales, and a long-time academic proponent of travel to Cuba, Dr. Joseph Scarpaci.

The report states that $2.6 billion in cash remittances were sent to Cuba in 2012.

There is no doubt that remittances to Cuba have increased in the last four years thanks to the removal of caps by the Obama Administration in 2009.

In conjunction, there’s no doubt that the Castro dictatorship’s income has also proportionally increased from the predatory fees it charges to receive and exchange these dollar remittances.

However, this report reads more like a marketing tool than an analysis based on reliable data.

It raises more questions than provides answers (or reliable figures).

According to HCG, their data is calculated from internal undisclosed figures and the Castro regime’s official figures (through its National Statistic Office, ONE).

No word on whether HCG’s estimates are based on scientific surveys of remittance senders, recipients or are simply ad hoc estimates.

For example, how did HCG conclude that remittances reach 62% of Cuban households?

A recent national survey conducted in Cuba by the International Republican Institute (IRI) showed that 78% of Cubans did not receive remittances from abroad. In other words, only 20% stated that they received remittances (2% wouldn’t answer).

(Not to mention the major geographical and racial disparities between those who receive remittances and those who do not.)

Even the most hopeful experts calculated 2008 remittances to Cuba at around $1 billion. Yet, the Castro regime agreed with HCG (or vice-versa) that they were above $1.4 billion.

Finally, HCG has estimated that “in-kind remittances” (non-cash merchandise) were worth an additional $2.5 billion.

Once again, no data to back up this estimate.

Plus, remember the Ana Cecilia? The famous cargo ship that opened with great fanfare last year as the first ship to carry humanitarian cargo to Cuba in five decades.

It ground to a halt just a few months later.

Bottom line: Remittances are inherently difficult to measure, so it’s all the more important to fully disclose the data used in calculating them.

And if relying on the Castro regime’s estimates, then what’s the point of the report?

Oh wait, the Castro regime just happened to do so this week as well. 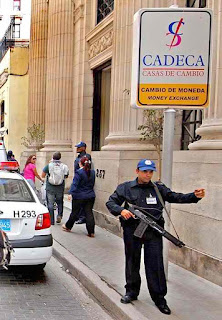 2 thoughts on “Remittances to Cuba: More questions than answers”