Cubans and Chinese are also listening in on your phone calls 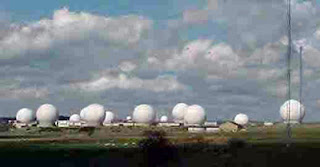 Early this morning got a phone call from Fox and Friends to comment on breaking news that Edward Snowden was possibly on his way to Cuba. Below is a more extended version of what I had to say.

The CIA’s first defector was Philip Agee who died in Cuba in 2008 at the age of 72. He had defected to Cuba in 1973 and made public the identity of 250 alleged CIA officers and agents.  It was the Cubans and not the KGB who had successfully recruited him. Beyond the intelligence damage the Cuban dictatorship used him as a propaganda tool publishing books under his name and engaging in campaigns to discredit the international image of the United States

Edward Snowden’s disclosures that the United States spies on the phone conversations and internet communications of tens of millions Americans all the time is a less aggressive version of what is standard operating procedure for Cuba’s totalitarian regime, and this disclosure provides an opportunity for Cuba’s propaganda machinery to counter critics of their own inexcusable behavior on the subject.

What the international news media fails to mention as that the Chinese and Cubans have also been systematically spying on the phone conversations of tens of millions of Americans. It began in the 1960s with the Lourdes spy base in Cuba that was first operated by the Russians and kept running with the help of the Chinese until it closed some time in the 2000s . Another important base run by a well-trained Cuban electronic intelligence battalion working together with the Chinese is the base in Bejucal.  There is also an understanding with the regime in Havana to share intelligence with the Russians.

Americans should not be shocked that Snowden would be traveling through, or staying in Cuba. There have been many other fugitives from the United States that have been hiding out in Cuba, including one designated a terrorist by the FBI.