Cuba’s United Opposition vs. Raul’s Search for a Bailout

The Spanish newspaper ABC has an interview with Dagoberto Valdes, a respected Catholic intellectual and editor of the magazines Vitral and Convivencia.

(Vitral was shut down by the Castro regime, with the help of Cuban Cardinal Jaime Ortega, in 2007).

You can read the whole interview (in Spanish) here.

The following are some key quotes:

“[T]he strength and unification of the civil society has opened a new stage in the balance of powers towards the government.  In the last fourteen months, opposition groups have entered into a process of unity in diversity, such as the Cuban Patriotic Union (UNPACU), with José Daniel Ferrer as its leader, Félix Navarro, Guillermo Fariñas… But it’s also taking place at the provincial level.  In Pinar del Rio, for example, all of the groups have united as the Pinareña Democratic Alliance, which supports UNPACU. They’re unified in their diversity, which is a qualitative change in the civil society.”

“[The civil society] is no longer nascent.  It is growing and sufficiently united by a set of common values??, in order to set aside the circumstances and details that separate us until the moment democracy and a parliament arrive.”

“Unfortunately, Cubans still do not have economic reforms that legally recognize and protect entrepreneurship. The self-employment trades are a list of ‘medieval crafts.’ They don’t affect, in any way, the big companies that decide the Cuban economy, which are all in the hands of the state. Nearly seven years after the change from Fidel to Raul Castro, the economy — rather than progress — has worsened.”

“The political and economic stability of Venezuela has a determining influence on the present and future of Cuba. The Cuban government is not preparing with urgency and with the substantial political decisions that should be taken: a structural economic reform that recognizes private property, free enterprise and foreign investment, including Cuban exiles. This must be accompanied by a structural political reform with political pluralism, democracy and the rule of law, and a reform of the media, which will recognize freedom of expression, press freedom and free competition among diverse sources.”

“[The upcoming U.S.-Cuba migration talks] demonstrate the urgency and need of the Cuban government to establish relations with the United States and the European Union, as alternative partners for its economy, due to the uncertainty about the future of Venezuela.” 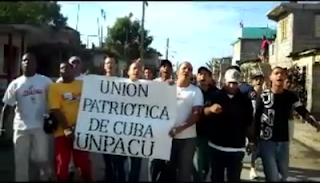