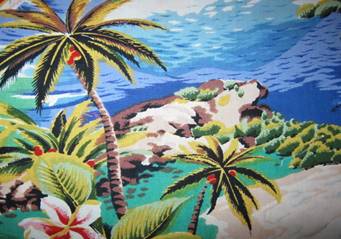 With those incomprehensible absurdities of politics, the United Nations Decolonization Committee adopted the resolution presented by Cuba, with support from Bolivia, Ecuador, Nicaragua and Venezuela, on behalf of the inalienable right of the people of Puerto Rico to self-determination and independence.

By any chance does this Committee know that on 6 November 2012 a plebiscite was held in Puerto Rico, where the majority of the population voted to join the United States as the 51st state, somewhat smaller numbers to maintain the current status of the Commonwealth, and only a tiny minority to be independent? Is it, perhaps, not the will of Puerto Ricans, for years now, to remain joined to the United States in a way or another, as demonstrated in the four plebiscites?

That Cuba and its populists friends propose every year, in an act of manifest interference in the internal affairs of another country, is nothing unusual, but that the United Nations accepts it is shameful. In addition, the information offered by the official Cuban press is manipulated, stating that the text now adopted stressed the majority pronouncement made last November 6 by the population of this country in rejecting the current condition of political subordination. In reality, the majority pronouncement was to cease being a Commonwealth and to become a State of the United States.

How long will they continue politicking in favor of a small group of separatists who, convinced of the rejection of its citizens of independence (the minimum percentages obtained in four plebiscites prove it), have chosen to live it, his backed by the will of most Puerto Ricans, who have not lost their language, nor their flag, nor their music or dances, their customs or their identity, but have enriched it with new contributions? How long the UN will be continue to lend itself to this dirty game?