It seems the Castro dictatorship’s lackeys are trying to get as much bang for their buck as possible. Along with calling for the released of the “Cuban 5” terrorists (Cuban spies responsible for the murder of four innocent Americans), they are now calling for the release of Carlos Ramirez, the infamous international terrorist and assassin known as “The Jackal.”

It seems the “Free the Five” crowd has new goal. 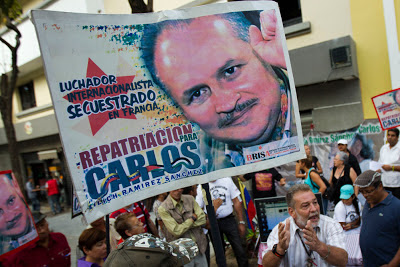