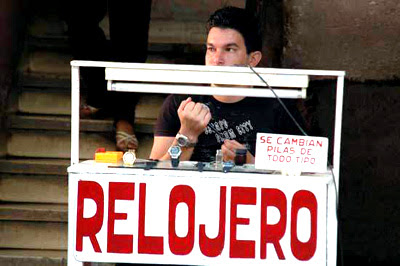 Oh well, it’s not like these farcical reforms were designed to improve the Cuban economy. They were designed as propaganda tools, and in that capacity, if the drooling media and “Cuba Experts” are any indication, they were mostly successful.

Cuba said Monday its economy will grow by no more than 3 percent this year, about the same as in 2012 but far short of the 3.6 percent goal and another indication that ruler Raúl Castro’s reforms are generating little new economic activity.

Castro, nevertheless, seemed pleased with the reports on his reforms submitted Friday to a meeting of the Council of Ministers and detailed in a story Monday in Granma, the official newspaper of the ruling Communist Party.

“We continue advancing and the results can be seen. We are moving at a faster pace than can be imagined by those who criticize our supposed slow pace and ignore the difficulties that we face,” he was quoted as saying at the meeting.

Since succeeding older brother Fidel in 2008, Castro has allowed more private enterprise and cut state payrolls and subsidies. But many economists have dismissed his reforms as too slow and too weak to rescue Cuba’s Soviet-styled economy.

Minister of the Economy and planning Adel Yzquierdo told the Cabinet meeting that he expects Gross Domestic Product will grow by between 2.5 and 3 percent, far short of the 3.6 percent goal. The country’s GDP grew by 3 percent last year.

GDP growth for the first half of this year was estimated at 2.3 percent, compared to 2.1 percent for the same period last year, he added. Cuba uses a unique way of counting GDP that exaggerates the number when compared to other countries.

Yzquierdo blamed the shortcomings on a broad range of factors that went from last year’s Hurricane Sandy — it caused an estimated $2 billion in damages — to what Granma called “the deficiencies that are part and parcel of the Cuban economy.”

Granma and Yzquierdo ticked off a list of reasons for the economic stagnation, from delays in projects to broken contracts and “the low productivity and shortage of the labor force” as well as the economic situation in Latin America and the rest of the world.