Since When is Fascism to be Celebrated?

Only in the most zealous effort to portray Cuban dictator Raul Castro as a “reformer” is totalitarian “state capitalism” — aka fascism — celebrated as a positive development.

This weekend, the Castro regime held the bi-yearly meeting of its rubber-stamp National Assembly.

Like all things Castro, these meetings are closed to the public and journalists.  Instead, state media will play some selected clips during the evening broadcast.

Predictably, the Castro regime announced that the economy is progressing — despite a slowdown in GDP and and increase in unemployment.

However, what garnered the attention of the foreign media was an announcement by Politburo member and “economic czar” Marino Murillo, who announced that the regime will begin deregulating state-run companies in 2014.

Does that mean these inefficient state companies will be privatized, even partially?  No.

Does that mean they will no longer be run by the regime’s apparatchiks?  No.

Private property rights?  Not a chance.

It simply means the regime’s apparatchiks will (supposedly) have greater sway in how to manage the state’s company, rather than having the Presidential Palace dictate every detail.

But the profits still go to the Presidential Palace.

Without a second to spare, a Cuba “expert” at the Brookings Institution praised this “reform”:

“Murillo’s empowerment of state-run companies is a milestone on the road toward a new Cuban model of state capitalism.”

State capitalism is simply the new connotation of an old political-economic philosophy — fascism.

In his book “The End of the Free Market,” American political scientist Ian Bremmer explains this “new” invention by authoritarian regime’s throughout the world:

“In this system, governments use various kinds of state-owned companies to manage the exploitation of resources that they consider the state’s crown jewels… [T]he ultimate motive is not economic (maximizing growth) but political (maximizing the state’s power and the leadership’s chances of survival).”

Is this something to be celebrated? 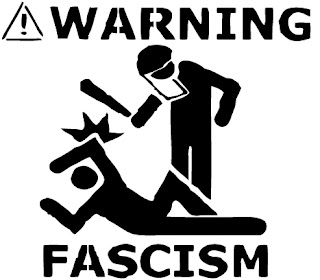