When the Castro dictatorship announced last year they would remove travel restrictions on Cubans leaving the island, it was not a “reform” but simply a calculated risk. The regime was certain that the good PR they would receive from allowing Cubans to travel somewhat freely outside of Cuba would far outweigh the bad PR they would receive when some dissidents took advantage of the new policy and made damning statements about the repressive dictatorship abroad. Moreover, no one in Cuba would be able to hear the dissidents abroad but everyone in Cuba would certainly hear about the change in travel restrictions, ensuring there would be no risks taken internally. Therefore, they calculated that the benefits of partially lifting the travel restrictions were worth what they considered to be minimal risks.

Well, at least that was the plan… In reality, however, el tiro le salio por la culata. They not only overestimated the benefits of the good press they received, they grossly underestimated the bad press they are getting from the incredible work done by Cuba’s dissidents traveling abroad.

So, the regime is back to its old tricks dispatching its operatives here in the U.S. to attack the dissidents in a desperate attempt at damage control.

The visits abroad by a host of Cuban dissidents have become a public relations fiasco for the Castro regime.

With their first-hand accounts of Cuba’s reality, these dissidents have successfully unmasked the facade of Raul Castro “the reformer.”

Thus, the regime has begun a damage control campaign.

This was evident in two recent columns:

One by a renowned Castro regime defender, Julia Sweig of the Council on Foreign Relations, and another by “former” intelligence official-turned-doctoral candidate, Arturo Lopez-Levy.

In “Cuba After Communism,” published in Foreign Affairs, Sweig’s arguments were predictable:

Discard dissidents, Raul’s reforms are “la bomba” and his new Vice-President Miguel Diaz-Canel is “the man.”

(Note to journalists: Lopez-Levy, a “former” MININT official, is a relative of MININT Col. Luis Alberto Rodriguez Lopez-Callejas, Raul Castro’s son-in-law and head of GAESA, the business monopoly of the regime.  Thus, as a courtesy to readers, disclosure of his inherent conflict-of-interest in preserving the family business is appropriate.)

After a diatribe of endless sentences and concoctions, he tries to discredit them with this noteworthy line:

“None of these people have been elected to any public office, nor represent any organization with more than one-hundred people.  They could run for a seat in municipal elections, where they could be freely nominated (though not to elections as provincial or national representatives), but haven’t won a single seat anywhere.”

In other words, only listen to those “selected” by the Castro regime to public office.

It’s not even worth commenting on his ridiculous assertion regarding municipal “elections” in Cuba.

However, we’d note that Farinas’ Cuban Patriotic Union (UNPACU) has thousands of courageous, self-identified members, as does Rodiles’ “For Another Cuba” campaign.

Not an easy task in a totalitarian police state.

Based on Sweig and Lopez-Levy’s criteria, Mandela, Havel, Walesa, Marchenko, Suu Kyi, Sakharov, Pithart, Solzhenitsyn and Dimitrov would have been mere figments of history.

Perhaps that’s what they would have preferred. 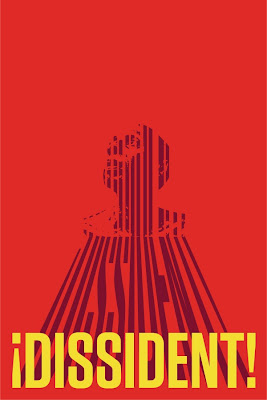