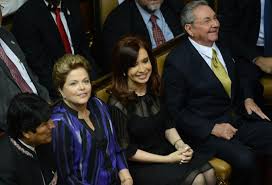 It is no secret that virtually all governments have their fair share of whistle blowers exposing perceived and actual abuses of government. As well, one of the hallmarks of their shouts and ultimate exposures is “freedom of speech.”

Yet isn’t it ironic how many of those self-serving informants rush to seek the protection or asylum of those leftist rulers and governments that repress speech and hinder free thought? This when democratic institutions wish to legally and openly announce and address their perceived violations of the rule or law?

New generations throughout the world are crying out for peace, freedom, technology, food and other Western comforts. This, in fact, is certainly a threat to these autocratic and leftist officials who will live or die politically, or literally, depending upon the strength and security of their own regimes. Much of their ideology is spun rhetoric, with their primary mission — to acquire power and stay there.

In the case of Edward Joseph Snowden, the former technical contractor for the United States National Security Agency (NSA) and a former employee of the Central Intelligence Agency, who is reported to have leaked details of several top-secret U.S. and British government mass surveillance programs to the media, many of the hard core leftist authoritarians have exposed their own sinister double-standard underbellies.

Snowden had a reported first choice list of around 20 countries where he would rather locate than face the government that is entitled to investigate and bring charges for suspected betrayals that could possibly endanger citizens of the U.S. and other free nations.

Although Snowden’s first choice to run after departing Hong Kong was Russia, his apparent remaining options are now the nations of Venezuela, Cuba, Nicaragua, Bolivia and Ecuador, all in the Americas. Moreover, some of the leaders of these countries have called Snowden a hero. This as, over the decades, many others from those nations — who have been described in democratically principled nations as heroes — have been shot to death without a trial.

1 thought on “NSA ‘leaker’ Snowden and his leftist amigos”