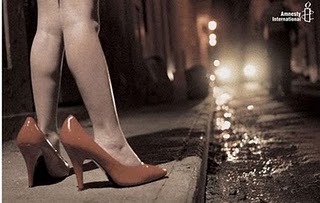 This is the real Cuba under the total control of the Castro dictatorship. Not only are men and women forced to prostitute themselves to foreign tourists in order to earn enough cash to survive, Cuba’s children are being sold to visiting tourists as sex slaves as well. The situation has gotten so out of hand that some tourists to Cuba are complaining about the rampant prostitution they are seeing in their own hotels.

Most online guest reviews of beach resorts mention the quality of the sand, the water, the food and the towels and linens. And the Club Marea del Portillo and adjoining Club Farallón on Cuba’s southeastern coast are no different.

But many of their guests also have complained about the young Cuban prostitutes at the three-star hotels, favored by Canadians looking for a cheap vacation — as little as $645 for a flight and one week’s stay, all-inclusive.

The Marea del Portillo, in the municipality of Pilón, a remote part of Granma province, was home to James McTurk, 78, a Canadian convicted of child sex tourism with Cuban girls as young as three, for seven visits between 2009 and his arrest in Toronto last July.

Following are some of the guests’ complaints about prostitution, most of them written anonymously. Two hotel administrators hung up the phone when asked about the complaints.

• “The worst part was the sex trade. I am used to seeing prostitution in Cuba now, but when they are 13 & 14 year old girls … that’s just gross.”

• “If you don’t want to watch obvious prostitution happen right in front of your eyes do not book at this resort.”

• “Very young prostitutes are allowed to be brought in as guests for some older customers. They kiss openly and behave seductively in public.”

• “The resort has some sort of arrangement with local prostitution, as we saw more than a couple ‘escorting’ guests at both hotels. They wandered the premises quite comfortably.”

• Repeat customers “consist of old men returning often to visit their young Cuban girlfriends that have their children and in some cases another on the way … If you like witnessing young women being exploited then you might enjoy your stay.”