Waiting for “the boat” 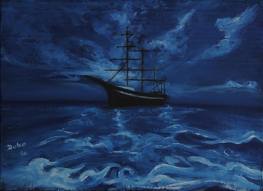 These days, mothers of babies are in search of disposable diapers, missing from almost all stores of Havana. Shortage crises of such articles take place every once in a while, a product that is so useful, and needed so desperately by mothers today, and despite being marketed only in convertible currency. Gone are the days when women had to boil with soap again and again our children’s antiseptic cloth diapers, and hang them in the sun to keep them pure. Fortunately, these days women have left behind slave labor to take up, as far as possible, the benefits of innovations, however expensive that may imply in Cuba.

But the same is true with other essential items, such as sanitary napkins and cleaning articles like mopping cloths, descaling products, toothpaste, detergents and toilet paper, among others, whose intermittent disappearances from store shelves become a nuisance to the people, given how much time is wasted in pursuing such products, going from store to store, many times without results.

On the other hand, some other popular products that are more “economical”, such as butter — for months absent at the foreign currency stores, the only place where it could be purchased — some chopped poultry (such as Canadian chopped turkey, the most popular), hot dogs, and many others, without any explanation on the part of store management… and even fewer explanations through the official “information” media.

Cubans, with a deep awareness of insularity, sown from the very beginning of the colony, without information about what drives these empty spaces on store shelves, and for decades used to not having anything produced here and everything coming “from outside”, have coined a phrase, half joke and half truth, to explain the shortages: “the boat has not arrived”. A kind of imaginary vessel that could come full of anything that has disappeared, from flour, needed to make bread (oh, the favored bread, the first point in the Cuban political agenda!) even the spices that caused so many wars in antiquity and, for many here, almost entirely unknown, or oil with which we cook our humble daily rice. Just comment anywhere that there is a shortage of anything for the popular answer to make its appearance: “they are waiting for the boat…”

A grocer in my neighborhood is of the opinion that we don’t need for the boat to arrive, but a flotilla to take us all out of this Island, while an illegal loudmouthed street vendor of air freshener and clothespins disagrees and has an easier solution: “Nah, with just one boat they can take all of THEM and their relatives, and you will see that then there won’t be any shortages!” In our Cuban cryptic language we all know who “THEY” are. These are quaint touches of everyday life that begin and end in such a castaway complicity as sterile as the system itself.

So, these days, Havana mothers anxiously await “the boat” of disposable diapers with which to alleviate, at least to the extent allowed by each pocketbook, the burden of keeping babies clean and neat, without ruining hands, nails, and wasting time in the process. And meanwhile, they pray that soap and many other cleaning products won’t fall in the cycle of disappearances, just in case the ever-awaited “boat” is delayed.