Apparently, the popular Cuban heavy metal band Hipnosis was unaware of the wonderful and amazing “reforms” taking place in Cuba thanks to the magnanimous dictator, Raul Castro. The moment the band set foot in the U.S., they decided to defect.

They had been invited to a music event in Oakland, but asked for asylum upon arriving in Miami.

The band, which was subject to the Castro regime’s official Cuban Rock Agency, had an official censor from the Ministry of Culture accompanying them on the trip.

(Why did this official get a U.S. visa?)

The band members have a different opinion, which they can now freely express.

Here are their first quotes in freedom:

“Things for us were closed in Cuba and this [Ministry of Culture official] began to place all sorts of rules on what we could and couldn’t do on the trip.”

“Uncertainty about the future exists everywhere, but I’d rather face uncertainty in a place with options and opportunities, than in a place where there is nothing and no one aspires to anything.”

“We didn’t have enough space and there were too many limitations to perform in Cuba, and we want to think big.”

We wish them luck and success. 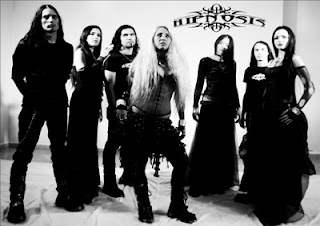