Hoping to end protests and calls for a tourism boycott by Cuban exile groups and others, Bahamian officials agreed Friday to review the status of undocumented Cuban migrants currently in their detention center.

The Bahamas also is considering moving Cubans currently in maximum security into the general population, according to a letter sent to U.S. Rep. Joe Garcia, D-Miami, from the Bahamas Consulate General office in Miami.

“The implementation of the mutually agreed-upon points in their letter will benefit both countries,” Garcia said. “We pledge to continue to work with the Bahamian government to address unresolved issues.”

Garcia and Bahamas Tourism Minister Obie Wilchcombe met Thursday to discuss the conflict that arose after a video purportedly showed a guard kicking detained migrants in a Bahamas jail. Bahamian officials say the video is a forgery. Cuban exile groups have called for the boycott, accusing the Bahamas of not respecting human rights.

Prime Minister Perry Christie said in Miami on Friday that the Bahamas is in a very difficult position, geographically and politically. 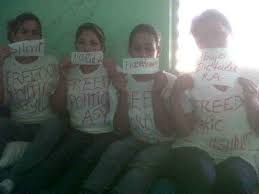