Cuba’s criminal Castro dictatorship, which operates like an international crime syndicate instead of a government, has lost a case in international court to one of its former partners in a criminal enterprise. Apparently, the old axiom that there is no honor among thieves still holds true.

In a dispute among crooks, the International Chamber of Commerce’s Court of Arbitration (“ICC”), based in Paris, has ruled that the Castro regime must compensate Chilean businessman Max Marambio $17.5 million for the confiscation of his company in 2010.

Marambio was a bodyguard of former Chilean President Salvador Allende, who traveled to Cuba after the 1973 coup and made a fortune doing dirty deeds and business with the Castro brothers.

This came to an abrupt end in 2010, pursuant to a dispute between Marambio and the Castros.

Soon thereafter, Marambio’s half in his joint venture with Castro, a food company known as “Rio Zaza,” was confiscated and its Chilean General Manager was mysteriously found dead in a Havana apartment.

Marambio’s karma for his own years of misdeeds will surely come in trying to collect the $17.5 million from Castro.

And still, some talk about “business opportunities” in Cuba. 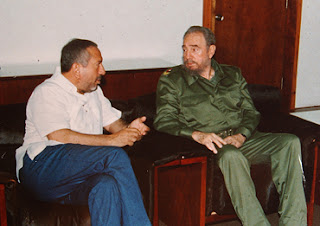