Since the Castro dictatorship has managed to keep Cubans on the island in virtual darkness by maintaining one of the lowest internet connectivity rates in the entire world, it is not that difficult for them to control information and monitor what a handful of Cubans view and say on the World Wide Web. In Venezuela, however, where internet access is readily available, it is a much more difficult task. Therefore, in order to keep a handle on what Venezuelans are doing and saying on the internet, the Castro regime has sent and is implementing $3 billion worth of surveillance software to keep tabs on the citizenry of their newest colony.

Yet another crucial step in the Cubanization of Venezuela.

According to El Nacional newspaper, last year the Castro regime exported over $3 billion in “security, citizens databases and communications interception software” to the Venezuelan government.

The transactions were conducted through Albet, a Cuban state-owned company linked to the University of Information Sciences (known as “UCI”), an entity created by Castro in 2002 to form the regime’s “cyber-warriors.”

The UCI is located at a “former” Soviet espionage and communications interception base.

Ironically, Cuba maintains the lowest Internet connectivity rate in the Western Hemisphere and one of the lowest in the world. 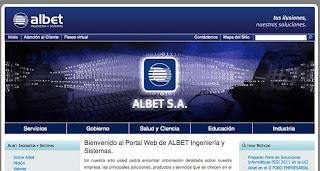 2 thoughts on “The Cubanization of Venezuela: Cuba exports $3 billion of citizen surveillance software to Venezuela”