It is quite telling how in a country famous for its rum, its citizens are dying from having to drink bootleg rum made from toxic wood alcohol. You can thank (or better said, blame) the “achievements” of the diabolical and miserable Castro revolucion.

Death toll from alcohol poisoning in Cuba rises to 11

The death toll in Cuba from alcohol poisoning rose to 11 after another victim died here, health officials said on Friday, according to Xinhua.

“Another four patients remain in serious condition, and two of them are receiving hemodialysis” to draw the toxins from their bloodstream, said Efren Acosta, deputy director of Havana’s Regional Healthcare Office.

Since the outbreak of alcohol poisoning symptoms on Monday, at least 60 people have been hospitalized, with five allowed to go home, and another 10 having recovered enough to leave hospital.

“Most of those hospitalized are in stable condition and under observation,” Acosta said.

According to preliminary investigations, all the victims were from the western neighborhood of Havana, La Lisa, where a resident brewed the bootleg liquor with methanol, a reactive agent used in labs and research centers as well as in industry to make anti-freeze.

The toxic chemical, which can lead to blindness and death, was stolen by two employees from a warehouse belonging to the Havana Food and Pharmaceutical Institute, according to local media reports. 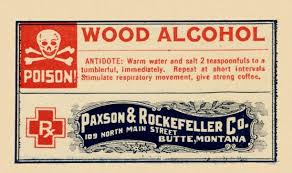