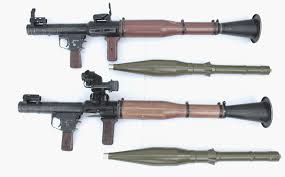 The recent discovery of anti-tank rocket propelled grenades being smuggled on a North Korean freighter by Cuba’s Castro dictatorship only serves to to make this arms-smuggling scandal more scandalous. And we now learn that U.S. intelligence was already tracking the cargo ship when it left its Cuban port.They were apparently aware the ship was smuggling arms and would be apprehended when it tried to enter the Panama canal.

Facing a mountain of damning evidence, the Castro dictatorship has gone completely silent. Especially after they realized their comical excuse that the weapons they were smuggling to North Korea were “obsolete” went from ridiculously unbelievable to incredibly ridiculously unbelievable. The same silence has fallen over the Castro regime’s propagandists here in the U.S. These “Cuba Experts” who defend Cuba’s regime, an unmistakable State Sponsor of Terrorism, have gone completely mum on the scandal. It turns out this situation has morphed into something the “Cuba Experts” are all too familiar with: No matter how much you candy coat lies — be they rocket propelled grenades or the “reforms” of the Castro regime — they will always remain lies.

The Miami Herald Editorial Board:

OUR OPINION: United Nations and U.S. officials need to step up their vigilance of Cuba amid growing scandals

A rusty North Korean ship hides 2 MiGs, munitions and radar systems — 240 tons of contraband weapons in all — under tons of sacks of Cuban sugar then gets stopped going through the Panama Canal.

A former Cuban Interior Ministry colonel accused of abusing prisoners of conscience retires in Miami, then flees to Cuba when former prisoners spot him on South Florida streets only to return again, this time to New Jersey, and, get this, apply for U.S. aid.

A growing number of Medicare fraudsters owing the U.S. government millions of dollars for fake claims exit stage left and head to the communist island, living the high life with impunity.

Meanwhile, Cuban officials keep decrying the U.S. “imperialist” government for an embargo that has so many loopholes — allowing food, medicine and even high-tech communications to reach Cubans — that it’s turned into a paper tiger without a Cold War roar.

The rusty Chong Chon Gang will get a visit from United Nations weapons experts this week as they try to determine if the hidden weapons are in violation of a 7-year-old arms embargo on Pyongyang for its nuclear weapons and long-range missile development programs. The ship was stopped July 15. Why the U.N. delay? Summer vacations?