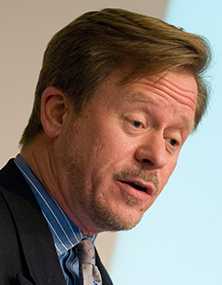 As the premier “Cuba Expert” of our generation, Phil Peters’ erudite observations on Cuba are never hindered by the obvious. Unlike mere Cubans who allow their views to be tainted and perverted by the truth and reality of life in the Castro dictatorship’s island prison, this particular expert in all things Cuban is able to eschew the bondage of truth and the shackles of what is obvious, giving him the unique ability to provide a more nuanced view of the situation.

In his latest post on The Cuban Triangle where he provides links to Cuba-related news stories, it is apparent Peters is not bothered at all by the huge contradiction presented by the first two news articles he lists:

For many Cubans (and some non-Cubans as well) reading this, the contradiction jumps right out and bites them on the nose. On the one hand, Peters boasts of the magnificent advances of Cuban dictator Raul Castro’s economic “reforms,” evidenced by the supposed continued blossoming of Cuba’s private sector economy. This would naturally lead someone to believe that with everything coming up roses in Cuba nowadays, who would want to leave? Well, apparently, a lot of people. His second story details the record number of Cubans who are leaving the island.

So, if things are so great and only getting better, why are Cubans fleeing the island in droves?

The only answer Peters would give you to that question would be that if you have to ask, obviously you are not a “Cuba Expert.” You see, only “Cuba Experts” have the intellectual ability to overpower contradictions and ignore them altogether. It is a power (superpower perhaps?) that lowly Cubans lack. Therefore, we must continue to mire in the muck of truth, facts, and reality.

Nevertheless, this gem of intellectual superiority was not the only one found in Peters’ “Odds and ends” news roundup. Towards the end, we find out why foreign businessmen who partner up with the criminal Castro mafia often find themselves in a Cuban gulag when they fall out of favor with the head of the crime family. Contrary to popular belief, it has nothing to do with the fact the Castro dictatorship is run like an international crime syndicate. Instead, the fault for these businessmen being imprisoned lies squarely on the shoulders of their home countries for refusing to provide goverment-to-government assistance programs to the Cuban regime:

This letter to the Economist from Stephen Purvis, the British businessman released from jail in Cuba, is well worth reading.  Note his observation that more are in jail than have been reported, and that there seems to be a particular risk for those who don’t come from Brazil, China, or Venezuela, i.e. those whose investments are not part of a government-to-government assistance program.

How wonderful it must be to live life completely detached from reality and not be bothered one bit by the suffering and misery of 11-million people. Instead of criticizing Phil Peters, we should be envying his blissful existence.

2 thoughts on “Reflections of a ‘Cuba Expert’: Breaking the shackles of the obvious”