A Brazilian prosecutor said Friday he will investigate a government contract for 4,000 Cuban doctors and other medical personnel to work in poor and remote areas of the Latin American nation because of “visible irregularities” in the agreement.

The first 400 Cubans began arriving Friday under the Mais Medicos (More Doctors) program, which was made public on Wednesday and will cost the Brazilian government more than $200 million.

But the agreement will have to be reviewed for possible violations of Brazil’s labor laws and regulations, said José de Lima Ramos Pereira, chief prosecutor in the labor fraud section of the Office of the District Attorney.

“After we analyze the documentation, we will take the required steps … because already there are some visible irregularities,” he was quoted as saying in Brazilian news media reports.

Prosecutors also will check whether the contract means the Cubans will be paid less than the minimum required by Brazilian law, and whether the no-bid contract was properly awarded, Ramos Pereira was quoted as saying. 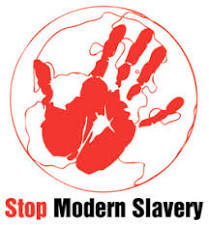