Alfonso Chardy in The Miami Herald:

When immigration authorities broke up a clever scheme last year that allowed scores of foreigners from Latin America to easily claim legal U.S. residence and obtain a “green card,” the feds immediately focused attention on one key document: the Cuban birth certificate.

Investigators had found that fraudulent birth certificates were being sold to dozens of foreign nationals by a Kissimmee man who pretended to be a high-ranking immigration official.

A group, led by ringleader Fidel Morejón, 41, sold the fake Cuban birth certificates to about 50 undocumented immigrants, bringing in more than $500,000. Morejón used elaborate tactics to ensure that his clients persuaded immigration officials that they were really Cubans, even coaching them on what to say.

A Cuban birth certificate is a valuable document because undocumented Cuban nationals can be paroled into the United States and apply for a green card after more than a year in the country under the Cuban Adjustment Act of 1966.

The arrest and prosecution of the Cuba-born Morejón and his counterfeit birth certificate ring prompted federal immigration authorities to step up scrutiny of permanent U.S. residency applications. Up until the fraud case, most Cuban applicants could file their applications and receive their green cards — all by mail.

Now, immigration officials are scheduling more face-to-face interviews with applicants whose paperwork raises red flags, spending more on overtime checking documents and backgrounds and sending teams around the country to train other officials on how to spot fraudulent documents. 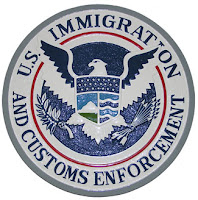