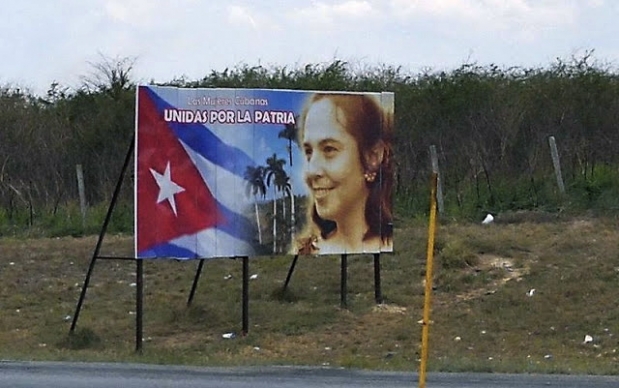 No social phenomenon arises suddenly or by spontaneous generation, rather it is the result of a long process of the accumulation of essential components. The rise of prostitution in “Socialist Cuba” is no exception. In fact, prostitution was not eliminated by policies dictated by the Government, which favored the mass incorporation of women into the workforce, nor with the wider social benefits that they undoubtedly enjoyed as long as romance subsidized by Eastern European socialism lasted, as was demonstrated when, impelled by the calamities of the so-called “Special Period*” the Government opted for international tourists as the most expeditious way to bring in hard currency.

With the Revolution brothels disappeared, but prostitution did nothing more than change its attire to disguise itself and survive in other forms, perhaps more subtle, which were enshrined and diversified as the system consolidated itself and installed the “meritocracy,” a predominantly male caste formed by mid- and high-level “leader cadres” of the Government, the Communist Party, high-ranking officials of the army or the Interior Ministry, as well as directors and managers of numerous state enterprises and institutions.

The privileges that the new caste of leaders can enjoy, according to their level, includes everything from travel abroad, free or very low-cost vacations in the country’s best hotels, special medical attention and private clubs, to the assignment of housing and cars, along with a generous quote of fuel, among many others.

The meritocracy, in turn, brought an explosion of a subordinate caste, the vaginocracy, formed by women attracted to the power and benefits of the new anointed, which are passed on to those with whom they are linked sexually, who can now enjoy a way of life that, otherwise, they would not have access to. These were not always their wives. It was an open secret that almost every prominent leader accumulated, among his trophies, some young and beautiful lover whom he maintained out of wedlock, based on gifts, perks and material benefits. The most successful of these hunters managed to wed their protector or came to acquire a good home or well-paid job, among other possible benefits.

It was not exceptional for military leaders to travel with their lovers, including on their “internationalist missions,” as happened in Angola, where they appeared embedded as personal staff. And surely they were.

This, with the advent of Marxism in Cuba and of the new class in power, prostitution for barter was reinstated, exchanging sex for money rather than for material benefits, and for the possibility of moving up the social ladder. The new model renewed old principals, tolerating the “vices of the bourgeois past” painted with make-up in the colors of the proletariat. The new prostitutes had no qualms about marching in Civic Plaza on the ritual dates, dressing as militants on the Days of Defense, or quickly stepping up for the Committees for the Defense of the Revolution or the Federation of Cuban Women. Revolutionary prostitutes had emerged, although neither they, nor the society, would consciously assume this definition.

For its part, society was abiding by the new rules. After all, offering sexual favors to a cadre of the Revolution in exchange for certain benefits was not so reprehensible. They were sacrificed comrades who spent a lot of time far from family and should have some leisure activity; it’s true they traded in sex, but at least their shared their beds with pillars of the fatherland, which in some way turned them into patriots. It was the heyday of revolutionary intransigence.

The double standard was imposed almost inadvertently as a national culture and as part of the mechanisms of the survival in a country in which the scarcity of material goods pushed the society towards the frontiers of moral misery. Almost the entire national spirituality was constrained within the ideological corset, which added to the chronic civic irresponsibility, contributed to the aggravation of the “anthropological damage” that has been brilliantly defined by the layperson Dagoberto Valdés.

Simultaneously, the traditional family structure was fractured and its values disrupted. Parents lost authority to the power of the State-Government-Party which appropriated their children and indoctrinated them into the new ideology of the commune. The children were sent to boarding schools from adolescence and grew up in promiscuity far from family control.

They had laid the foundation for the social disaster that would come in the ultimate decade of the 20th century when we Cubans were discovering that prostitution had overflowed the confined limits of the sex trade and infiltrated the roots of the whole society. Soon, the vaginocracy would yield to the strength and diversity of “jineterismo” — hustling.

*Translator’s note: The Special Period in Times of Peace (Período especial en tiempos de paz) was the name given by the regime to the period of extreme economic crisis following the collapse of the Soviet Union (Cuba’s main political and economic ally and subsidizer) in 1991.  Its end is not very well defined, but seems to have been around the time when the late Venezuelan strongman Hugo Chavez started to send oil and money to the island.

Prostitution in Cuba, Part 1: The Many Faces of a Conflict