Earlier this year, as the Beyonce and Jay-Z Cuba vacation scandal was unfolding, we compared and contrasted the lives of two black women in Cuba: Beyonce and Sonia Garro. Through the dozens of photographs released to the press by Beyonce’s publicists, the world witnessed how during their trip to the island, she and her husband enjoyed the privileges and luxuries reserved exclusively for VIP guests of Cuba’s repressive apartheid regime. In contrast, Sonia Garro, a black Cuban woman, was not so fortunate. While Beyonce sipped on cognac and enjoyed lobster dinners, Sonia was rotting in a putrid Castro gulag. The same gulag she had been held in for more than a year without official charges, but everyone knew it was for speaking out against the repression of the Castro dictatorship and in favor of human rights.

Long after Beyonce left Cuba, Sonia remains in prison. The only difference today is that now the Castro dictatorship has decided to formally charge her and is planning on imposing a 10-year prison sentence on both Sonia and her husband Ramon Muñoz.

The Castro regime revealed today that it will seek (impose) a 10-year prison sentence against Cuban democracy leader, Sonia Garro.

It will seek (impose) a 14-year prison sentence against her husband, Ramon Munoz.

Garro, a member of The Ladies in White pro-democracy movement, has been imprisoned by the Castro regime since March 18th, 2012.

In the wave of repression leading up to Pope Benedict XVI’s trip to Cuba, Castro’s secret police raider her home, shot her with rubber bullets and imprisoned her.

She has been repeatedly abused and beaten in the women’s prison of El Guatao.  Her husband is being held in the infamous Combinado del Este prison.

We pray Pope Francis will not abandon Sonia Garro, as his predecessor did. 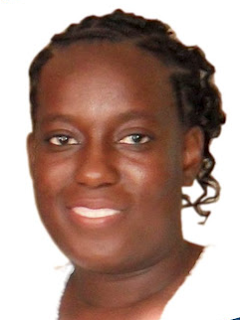