Yesterday marked the 11th consecutive Sunday of violent repression and arrests carried out by the Castro dictatorship’s State Security apparatus against Cuba’s peaceful democracy activists as they attempted to attend church services.

Marc Masferrer has rundown of this latest Sunday of repression at Uncommon Sense:

Another Sunday of repression in Cuba

Every Sunday in Cuba, especially in Matanzas province, it’s like Groundhog Day.

Today, the 11th Sunday, was no different, as the stories and tweets compiled below reveal.

If you don’t want to read all the tweets or if your Spanish is not up to snuff, just look at this, a photo of former prisoner of conscience Ivan Hernandez Carrillo, who has been arrested numerous times during the ongoing wave of repression. Via Twitter, Hernandez said his arrest today was the most violent yet, that he is sore all over his body, not just in his swollen lips.

His is the face of the Cuban resistance. 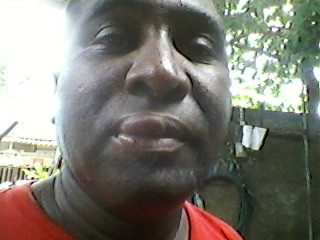 Ivan Herandez Carrillo on Sunday after his beating and arrest by the Castro police. (Via Twitter @felixncuba via @mspianoteacher).