THE SPANISH National Court has dismissed a complaint from the family of Oswaldo Payá, the Cuban dissident (and Spanish citizen) who was killed in a car wreck in eastern Cuba on July 22, 2012. The family, seeking a credible and independent investigation, pointed to evidence that the car in which Mr. Payá was a passenger was intentionally hit from behind and forced off the road, killing him and youth activist Harold Cepero. At the wheel of the car carrying Mr. Payá was a Spanish politician, Ángel Carromero, who had come to Cuba to assist Mr. Payá, a leading voice for democracy. The death of Mr. Payá was suspicious, not least because of his role in challenging the Castro regime. It is a shame that the Spanish court has turned a blind eye.

Mr. Carromero was tried and convicted in Cuba on a charge of vehicular homicide, sentenced to four years in prison and later released to Spain to serve out the remainder of his term. In accepting Mr. Carromero back, Spain acquiesced to Cuba’s verdict. But Mr. Carromero did not remain silent. On the opposite page in March, he described in harrowing terms how he was browbeaten into accepting the Cuban version of events — that he was speeding, lost control of the car and hit a tree. Mr. Carromero renounced his testimony and statements in Cuba, including a video interview in which he was ordered to read lines written by a Cuban security officer. Mr. Carromero told us, and he has told others, that the car he was driving was rammed by a vehicle bearing Cuban state license plates.

In dismissing the complaint and refusing to conduct a new investigation, National Court Judge Eloy Velasco said that Carromero’s description of events is “juridicially incongruent” with the testimony he gave the Cuban court. Exactly right. Mr. Carromero had to leave the Cuban dungeon to speak freely. Why should this be a barrier to further inquiry? The judge also cited the lack of any witnesses who could confirm or deny Carromero’s account. Why not try to find out if there are other witnesses to the coverup? The Payá family’s complaint to the court quoted a text message, sent that evening to a friend abroad from Mr. Carromero’s cellphone, saying that someone had tried to run them off the road. That ought to be enough to warrant digging further. The Spanish judge also rejected the suggestion from Mr. Payá’s family that the case should be investigated under the principle of “universal jurisdiction,” that certain crimes are so serious that they can be pursued across national boundaries. The court has carried out such investigations; the case against Augusto Pinochet comes to mind.

Judge Velasco’s dismissal can only be seen as a desire not to examine Cuba’s dark side. But looking the other way will change nothing. Mr. Payá’s daughter, Rosa Maria Payá, has announced plans to appeal. Hopefully, other judges will be listening. 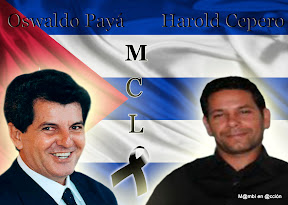