Cuban dictator Raul Castro continues his latest campaign of repression against the island’s dissident movement. Over the past few weeks, numerous State Security operations against peaceful democracy and human rights activists all over the country have been launched and there have been hundreds of arrests, most of them violent.

According to reports coming out of Cuba, there have been more than 106 arrests of peaceful activists on the island just in the last 72 hours.

Over 106 Political Arrests in Three Days

At least 106 activists of the Cuban Patriotic Union (UNPACU), a peaceful opposition group, have been arrested over the last three days.

The arrests have taken place in eastern Cuba, mainly in the city of Santiago, by “boinas negras” (Castro’s special forces).

Most of the arrests have been pursuant to organized protests against the imprisonment of two UNPACU activists, Rubislandy Avila Gonzalez and Roilan Alvarez Rensoler, who were arrested ten days ago, are on a hunger strike and have been reportedly tortured on multiple occasions. 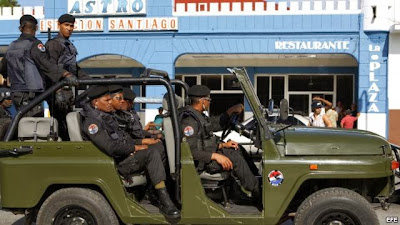