30 Questions on the Repression of Religion 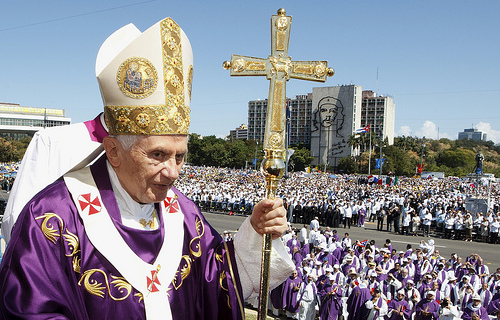 In September, two religious leaders living in Cuba, Reverend Mario Félix Lleonart and his wife, the missionary Yoaxis Marcheco, both of the Baptist Convention of Western Cuba, travelled to Washington, D.C. as guests of a Christian Solidarity Worldwide event. With them was Apostle Omar Gude of the Apostolic Movement, who was previously a political prisoner in Cuba and today lives in exile in the US.

At the end of their visit, they released a joint statement on religious freedom on the island, titled “Thirty Questions for the Cuban Government,” which has already gone down in history. It’s a manifesto that in some ways recalls Martin Luther’s redemptive discourse in the absolutist Europe of the sixteenth century.

The revolutionary Cuban state, which according to the Constitution is communist and atheist, officially became “secular” in the early 1990s. However, Religious education has been banned for half a century and there is not a single space available to utter God’s name in the Cuban media. The Cuban Communist Party Central Committee’s all-powerful Office of Religious Affairs monitors, controls, and manipulates any situation of this kind.

1 thought on “Cuba: 30 Questions on the Repression of Religion”