The Cubanization of Venezuela has now reached the stage where a once-rich nation has been turned into a deadbeat nation. Like they did to Cuba decades earlier, the Castro dictatorship has raped and plundered Venezuela to the point where their colony can no longer pay its bills.

Via the Latin American Herald Tribune:

Venezuela state oil company Petroleos de Venezuela (PDVSA) was forced to pay $70 million into a London court after its ships were arrested over unpaid ship charters. 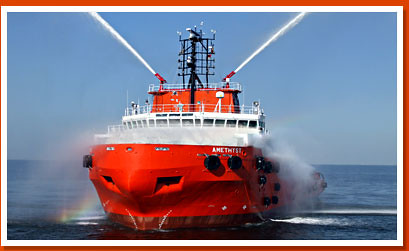 MIAMI — Venezeula’s state oil company PDVSA has had to pay $70 million after its ships were arrested by a court in London for its failure to pay for its use of 2 ships it contracted for.

CH Offshore, Ltd., a Singapore-based shipowner, chartered two ships to Petroleos de Venezuela (PDVSA) beginning in 2008. The Amethyst and Turquoise were anchor handling and supply vessels and CH agreed to charter them to PDVSA in 2008 for $50,000 a day each. In 2009, as the financial crisis began to bite and oil and charter rates collapsed, CH agreed to lower the daily rate to just over $40,000 a day for each ship. CH renewed the yearly contract earlier this year but PDVSA had not paid a total of $68,257,203.96, according to court filings in London and Miami.

The ship contracts were subject to English maritime law and CH Offshore brought suit under the contracts in London, getting a Mareva injunction to seize PDVSA ships. Court records reveal that PDVSA has yet to file a response in London, but CH released a statement saying that after it arrested the Venezuelan state oil company’s ships, PDVSA agreed to pay $70 million.

While some have good reason to believe it may be too late for the Venezuelan people to rid themselves of the yoke of Castro tyranny they allowed to be placed on them, some retired Venezuelan military officers are nevertheless trying to break free from the decades of misery and oppression that await them at the hands of Cuba’s dictatorship.

A group of 45 Venezuelan retired top officers among which a dozen generals and admirals and a former defence minister have published an open statement in which they accuse the government of President Nicolas Maduro of having broken the country’s “constitutional thread” and thus support a military action which, they say “would not be a coup d’état’.

The officers accuse the government of Maduro and former president Hugo Chavez of having handed the country over to Cuba and claim that the current leader who took office last April is exercising the Executive office in an ‘illegitimate way’.

“We consider it is convenient to expose to national and international public opinion that a military action directed to recover the constitutional thread, a return to the democratic system of government and defending sovereignty is not a coup d’état and is in conformity to what is established in our constitution, in articles 333 and 350, and in exercise of the functions established in the article 328 of the same constitutional text”, says the text followed by the signatures of the retired military brass.

They insist that according to article 350 “the people of Venezuela, faithful to its republican tradition, to its struggle for independence, peace and freedom, will ignore any regime, legislation or authority which contradicts the democratic values, principles and guarantees or attempts to lessen human rights.

The declaration states that the release is in the framework of “a great national debate” on the legitimacy of a possible intervention of the National Armed Forces to solve the political and social crisis facing the country. They insist that ‘chavism’ is exercising power in an “arbitrary and authoritarian” way and violating the basic principles of any democratic government.

The current government under the influence of Cuba pretends to impose on Venezuelans “conditions of blind obedience and submission so that they can aspire to a minimum sustenance to survive”. In the last fifteen years, they add in the document which was first released in Facebook as ‘Operation Freedom Venezuela’, “we have been witnesses of the most absolute and unimaginable impunity, abuses, lies and larceny”