Words of Rosa Maria Paya at the Iberoamerican Vanguard Summit

After the following presentation the youth attending the Iberoamerican Vanguard passed a measure in its final minutes on (page 5) referencing the worrying human rights situation in Cuba and recognizing the citizen’s petitions as recognized in Cuban law called for the government to hold a plebiscite. The minutes will be presented to the XXIII Summit of Heads of State at the Iberoamerican Summit.  A copy of the original text is reproduced at the bottom of this blog entry. 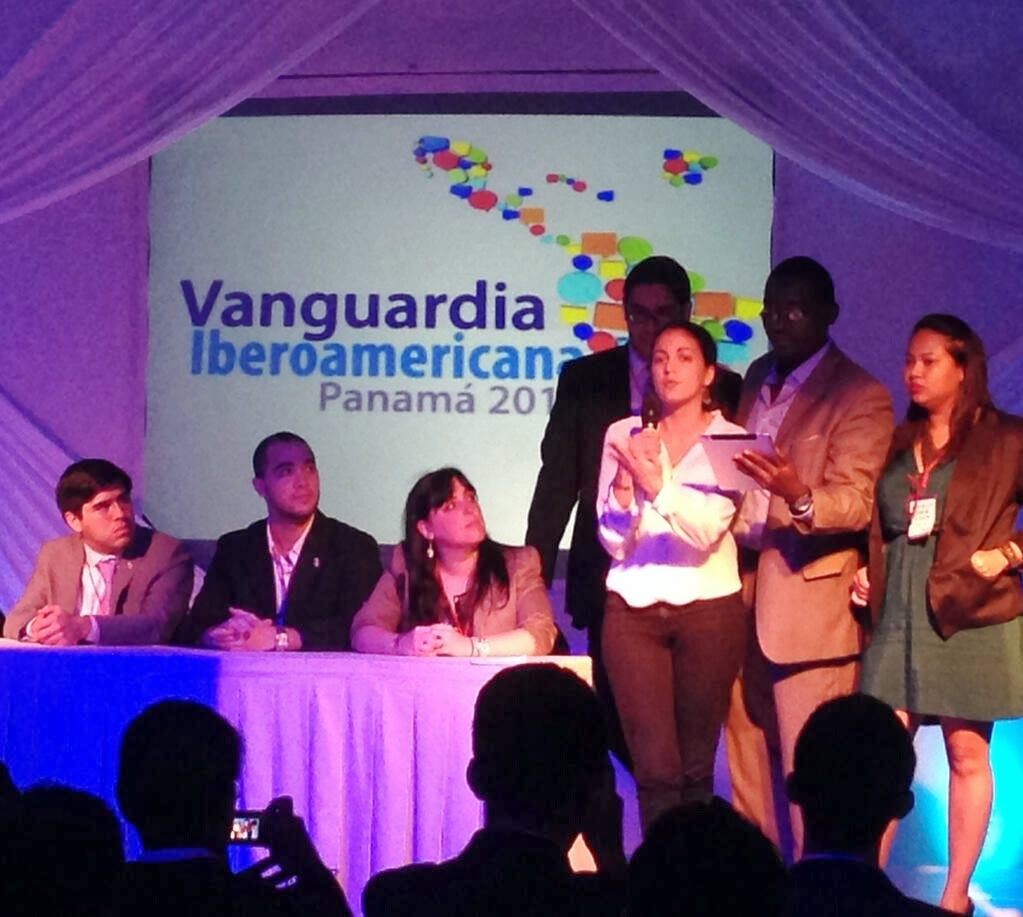 My dad used to say that rights have no political color, or race, or culture. Nor do dictatorships have a political color. They are not right or left, they are only dictatorships . These are the words of Oswaldo Paya, leader of the Cuban opposition who died victim of an attack a little over a year ago, together with 32-year old opposition leader Harold Cepero . And it is that the violence against the opposition and repression against all Cubans, especially those with an alternative expression has increased noticeably in the past year.

Cubans suffer the weight of the myth created by the mega-operation of intelligence of exportation called Cuban Revolution, that has turned murderers like Che Guevara into global youth icons. These young people, who with very good intentions, naively serve the propaganda of the totalitarian regime in Havana, while Cubans have to live enduring that many of our Latin American brothers still think:

– that in my country, education and health care are free and of good quality, when the excuse of our meager salaries , and when the level has dropped alarmingly and professional teachers have left the classroom in search of better living conditions; when hospitals are deteriorating rapidly and scarce medicines and physicians, in part because of poor working conditions and partly because the government exports and exploits them massively , as merchandise , and those left on the island cannot cope.

-that my country hunger has been eradicated, when the average Cuban earns less than a dollar a day, and a bottle of cooking oil costs two dollars and does not even have the right to say that he is poor.

-that my country is the land of the free when its been more than 60 years that Cubans are not participating in free and pluralistic elections.

-they are guaranteed the rights of citizens, when Cubans living outside, exiles or emigrants, are all banished because their few rights are not recognized, and they live in fear that the government deny entry and are unable to attend, for example, the funeral of their mother, and when all media are controlled by the government, and Internet access is not a right.

But Cubans are tired , Cubans want change. Over 10 years ago, more than 25,000 Cuban proposed a legal reform project called the Varela Project, for a plebiscite to be carried out and ask the people whether or not they want changes in laws that guarantee freedom of expression, freedom of association, freedom for nonviolent political prisoners, private enterprise and free elections . The Cuban constitution states that if more than 10,000 people support a legal proposal , then the government is constitutionally obliged to respond.