You want to see the real “reforms” of the Castro dictatorship? You can see them clearly below.

This past Monday, a regime-organized mob of thugs was sent to harass and intimidate the Ladies in White as these peaceful women attempted to publicly commemorate the anniversary of Laura Pollan’s death, their leader who was assassinated by Castro State Security two years ago. 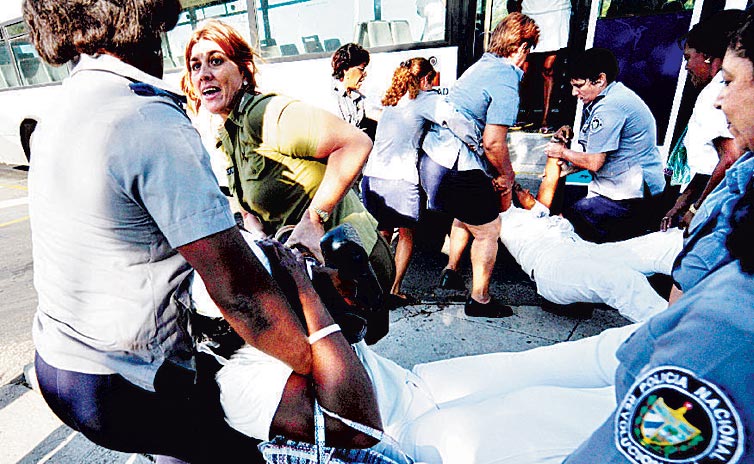