How Terry McAuliffe Got Scammed by Castro

The Washington Post has an interesting story about Virginia gubernatorial candidate (and former DNC Chair) Terry McAuliffe’s “agricultural sales” trip to Cuba in 2010.

1. These trips are nothing more than political propaganda for the Castro regime.

2. The questionable practices (and “hot air”) of U.S.-based Cuba business consultants; and

3. It contains the “Quote of the Year” from a Virginia vineyard owner, Jim Turpin, who backed away from accompanying McAuliffe on the trip:

“With a name like Democracy Vineyards, I didn’t think it would sell very well in Cuba,” Turpin said.

Over the course of three days, the delegation met with officials from the Cuban trade agency, Foreign Ministry and other departments. The sessions, some lasting well over an hour, would begin with long speeches from Cuban officials about how the U.S. trade embargo has ravaged the island’s economy, according to participants..

Officials at Alimport, Cuba’s official trade agency, did not seem the least bit interested in learning from McAuliffe about Virginia apples or wine — or any potential business deal, according to people familiar with the meeting.

McAuliffe at one point grew visibly exasperated. He interrupted an Alimport official’s discussion of the embargo and pleaded for time to speak. “I came here to talk about apples and wine,” he said, according to participants in the meeting.

Wharton said he was perplexed at how unresponsive the Cuban officials were to McAuliffe’s efforts. After all, participants said, the consultant that Wharton had hired to arrange the meetings, longtime Cuba expert Kirby Jones, had e-mailed the group before the trip to say that deals were “very possible” and that they should be prepared to sign contracts.

“We’d get into these meetings, and Terry was Terry,” said Blaze Wharton, a McAuliffe friend and Utah-based lobbyist who organized the trip. “He was really aggressive on the apples and the wines.”

Few of the executives in the delegation expected to do much real business there, said one person familiar with the trip who, like several others friendly with McAuliffe, spoke on the condition of anonymity in order to freely discuss the goings-on. Most participants were excited to experience Cuba.

The meetings were “pretty perfunctory,” said one person with knowledge of the trip. “I bet you a billion dollars there was not one more phone call made [following the trip] about doing business with Cuba.”

Tensions were mounting, however.

On the last night, Wharton confronted Jones, the consultant. Jones, who got to know Fidel Castro while interviewing him for TV documentaries in the 1970s, ran a Bethesda-based consulting firm specializing in helping U.S. businesses navigate Cuba’s regime.

Wharton said Jones tried on several occasions to steal time alone with McAuliffe, including insisting at one point that only Jones and McAuliffe could attend a hastily arranged visit with Cardinal Jaime Ortega, the top-ranking Catholic prelate in Cuba.

The argument escalated, in public, on the patio of the famed Hotel Nacional in Havana. Wharton’s voice rose and he cursed at Jones. “You’re fired,” Wharton recalls yelling. 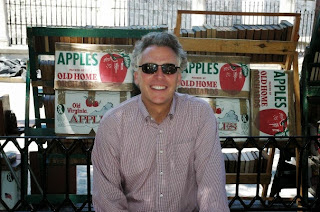 1 thought on “How Terry McAuliffe, Democrat candidate for governor in Virgina, got duped by Castro dictatorship”