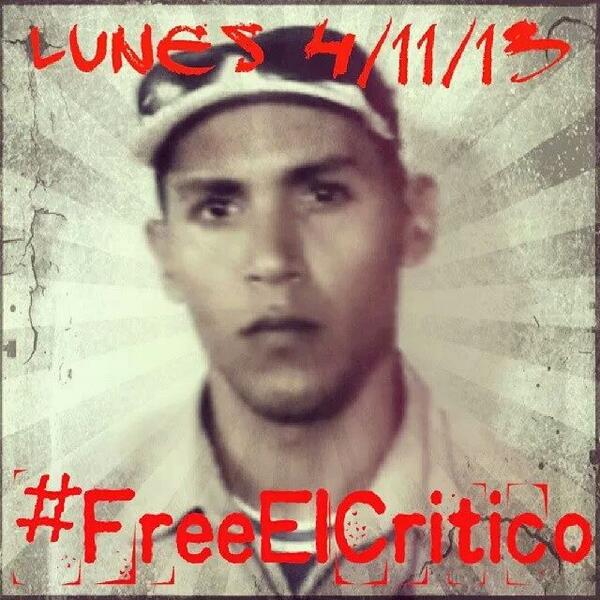 The call surges while Remon Arzuaga is in “critical and urgent condition” in the Carlos Manuel de Cespedes Hospital in Bayamo due to a hunger and thirst strike he has been carrying out for more than 17 days.  His wife, Yudisbel Roseyo, has been in the hospital since then although the authorities to not let her pass to see him, except on one brief occasion.  During that encounter, the musician and activist  told her to please not ask him to stop the strike.  He affirms that he would take his struggle until his “freedom or death”.

Angel Yunier, who is also a member of the Patriotic Union of Cuba (UNPACU), has been jailed since March 26th after a series of acts of repudiation against his home.  He confronted the State-organized mobs with a discourse, calling on them to abandon their fear and double moral and join the opposition.  He was arrested under the orders of State Security captain Julio Cesar as well as other repressors who accuse him of “attempt”, although there is no proof and there has not yet been a trial.  Recently, the regime announced that it asks 8 years of prison time for Remon.  On that same day, he was brutally beat (October 15th) in the Las Mangas Prison of Bayamo, where he has spent most of his captivity.  Remon was also placed in a sealed off isolation cell for a number of days.  It was then that he started his hunger strike demanding his liberation.