From the offices of Rep. Ileana Ros-Lehtinen (R-Fl): 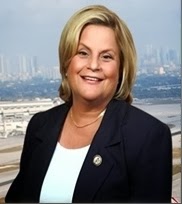 “Taking a page from the autocrat’s playbook used by Chávez, Correa, and Morales, Nicaragua’s Ortega is seeking to change the Nicaraguan Constitution to remove presidential limits, a move that would allow him to be retain a stranglehold over the people of Nicaragua. Additionally, his proposed changes would remove the minimum of a simple majority needed to win a presidential election, and grant the president decree-style powers that include the ability to abolish laws passed by the legislature. During the last so-called elections, Ortega ignored the Nicaraguan Constitution, sidestepped the rule of law, and manipulated the electoral process to serve his own means.

“It is troubling that Ortega, with the help of his cronies in the Nicaraguan National Assembly, continues to trample on democratic freedoms of millions of his own people, undermine U.S. interests in the region, and collaborate with other rogue regimes like Cuba and Venezuela. The Obama Administration stood idly by during the last illegitimate elections in Nicaragua and these power grabs are the consequences of our silence. I urge the Administration to denounce this attempt to further dismantle the democratic process to deny the people of Nicaragua the fundamental freedoms that we often take for granted.”

NOTE: Congresswoman Ileana Ros-Lehtinen (R-FL) and Congressman Albio Sires (D-NJ) introduced bipartisan legislation, HR 1687 – Countering ALBA Act of 2013, urging the President to sanction persons of ALBA nations, who the President determines are responsible for serious human rights abuses against citizens of ALBA countries. The bill also directs the Secretary of State to transmit a comprehensive strategy to ensure that ALBA nations are democratic governments committed to making constitutional changes that would ensure regular free and fair elections and the full enjoyment of basic civil liberties and human rights by the citizens of ALBA countries; and have made demonstrable progress in establishing independent judiciaries and electoral councils.