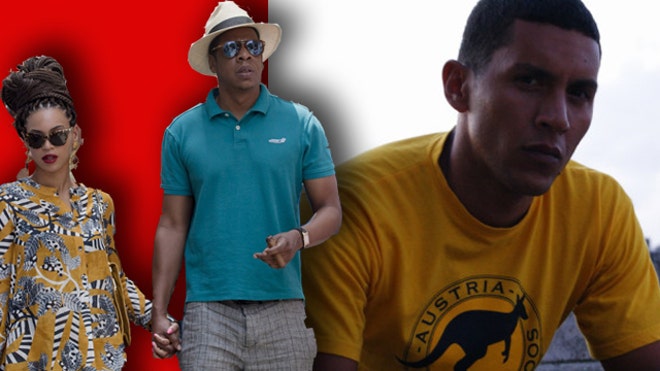 The wife of a jailed Cuban rapper known for his vocal opposition to the Castro regime is calling on America’s music industry to stand by her husband, who is on the brink of death after 24 days on a hunger strike.

His crime? His music.

Seven months later, Remon Arzuaga was sentenced to eight years in prison without a trial charged with “resistance” against the communist regime. That same day, October 15,  the rebel rapper started a hunger strike protesting the charges and in the hopes of getting a fair trial.

Now the once vocalist of “Los Hijos Que Nadie Quiso” (“The Children Nobody Wanted”) is in critical condition in a Bayamo military hospital, east of the island. He was admitted on October 28th.

Yudisbel Roseyo, Remon’s wife and mother to their nine-month old son, told Fox News Latino her husband has low blood pressure and leg cramps, and that doctors said he is on the verge of falling into a coma.

“He is not going to eat,” she said. “They have to make a decision, it’s freedom or death.  If he dies, we both will blame the Castro brothers and the Cuban government.”

1 thought on “Wife of imprisoned dissident rapper in Cuba on a hunger strike calls for help from U.S. music artists”