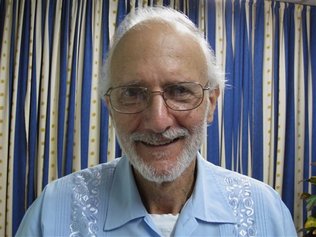 During his trip to Cuba in February, U.S. Senator Patrick Leahy (D-VT) was told explicitly by the Castro regime what ransom it wants paid for the release of its American hostage, Alan P. Gross.

It wants the release of four Cuban spies, who were convicted by U.S. federal courts for various crimes, including the murder of three Americans.

And since his return from Havana, Leahy has been trying to broker that ransom (“swap”).

This, despite the fact that U.S. Secretary John Kerry testified to the House Foreign Affairs Committee in April:

“[The Cubans] have been attempting to trade Alan Gross for the five spies that are in prison here in the U.S., and we’ve refused to do that because there’s no equivalency. Alan Gross is wrongly imprisoned, and we’re not going to trade as if it’s spy for spy.”

Leahy’s latest effort has been to try to give the Obama Administration a “blank-check” from the Senate.

Thus, Leahy tried to mislead over 50 of his colleagues with an otherwise innocuous letter that — on the one hand, correctly states the outrage and urgency of Alan Gross’s situation, and then insidiously calls for the President to take “whatever steps are necessary” to secure his release.

Upon becoming aware of Leahy’s ulterior motive, many signatories expressed their opposition to any such swap. This led Leahy to change the language of the letter from “whatever steps are necessary” to the more narrow and debatable “whatever steps are in the national interest.”

It’s abundantly clear to most — other than Senator Leahy and Castro’s D.C. lobbyists — why such a swap would set a dangerous precedent and only endanger more American lives.  Moreover, that negotiating with hostage-takers is not — nor has ever been — in the U.S.’s “national interest.”

Rather than outright withdraw from the letter, some signatories have been assured by Leahy that he will not misrepresent their views; others have sent separate letters further defining their views; and others simultaneously co-signed a letter (below) from Senator Foreign Relations Chairman Bob Menendez (D-NJ) and U.S. Senator Marco Rubio (R-FL) explicitly rejecting a swap.

Which raises the question: Why didn’t Senator Leahy simply circulate a letter calling for the swap the Castro regime wants?

Answer: Because it would have gotten no support.