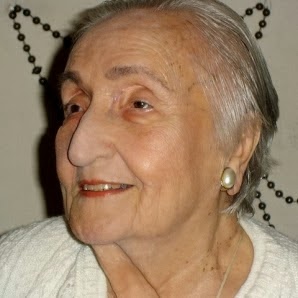 I remember but I don’t hate. – Dr. Martha Frayde Barraqué

“I wanted to do something big for my country,” … “Castro fooled us all, starting with me. The visionaries (who foresaw Castro’s dictatorship) from the start were a minority.” – Dr. Martha Frayde Barraqué, El Nuevo Herald interview (2008)

Martha Frayde was a doctor, diplomat, dissident, human rights defender, exile and through it all, she remained a Cuban who never forgot her homeland.

She fought nonviolently against dictatorship in Cuba. First against Fulgencio Batista and later against Fidel Castro. Together with Ricardo Bofill she was one of the founders of the Cuban Committee for Human Rights in 1976. Bofill in an August 2008 interview described how he, Martha and Eddy Lopez in Martha Frayde’s home signed the founding document establishing the Cuban Committee for Human Rights. In the 1984 documentary Improper Conduct she spoke about her experiences in prison.

Martha Frayde was Cuba’s representative to UNESCO in Paris until 1965 when she returned to Cuba and began to dissent from the Castro regime’s slide into totalitarianism.