Elian: The Dauphin Not in Line 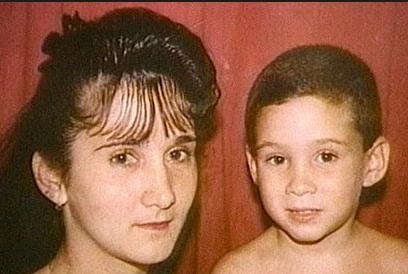 This teenager pampered and used by both sides, has had the sad task of erasing and criticizing the dreams of his mother. No mother makes plans for herself, and everything she did was to try to bring her child a future far from this dictatorship that today has been converted into a semi-literate, as can be corroborated in the Tweets that he has sent through the social networks from Ecuador. 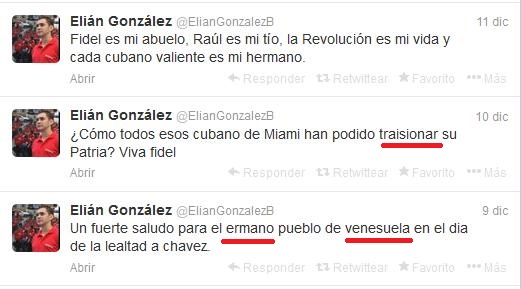 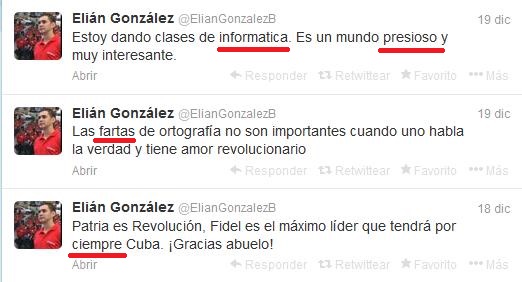 He must have inherited the skewed intelligence of his father, who before turning himself into the most loving father ever, was a “fighter” who sold bottle of liquor that he smuggled out of the hotel where he worked in Varadero, and
someone who found it impossible to string together a sentence.

For the most part, those who pay little attention to studying engage in pillaging, and it was the crack he found that turned him into the political pawn of Fidel Castro, who dragged the Cuban people along, in exchange for the excessive expense of the rescue, he cried for the return of the child Elián. 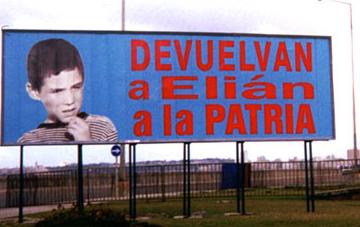 Everyone knows that for Castro, the thing of least interest was the child. His obsession was always the power struggle with the United States and winning, discrediting them before international public opinion. And the caudillo saw the immediate opportunity that presented itself. 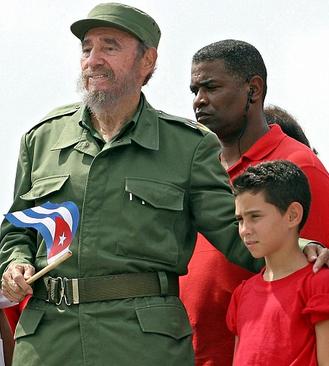 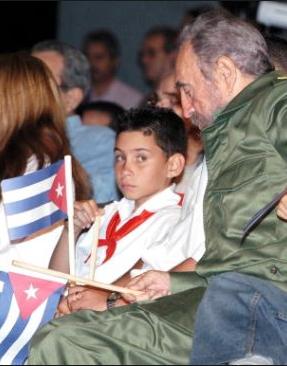 Now the dauphin has grown up in the dogmatism and interests of his father, who kept him in a military school (Camilitos), and having been certified as tames, it’s time to repay all the sleepless nights and expenses invested in him, or so think all his ideologues or trainers. They threw him into the ring of the World Youth and Student Festival in Quito to look horns with all who approach him with purposes other than the Cuban governments. Asked to comment on what happens, as if the fact of having survived his ordeal has immortalized him and turned him into an extraordinary being; because as far as studying goes, he shows no effort nor results. Fidel Castro shouldn’t have been allowed to do it so early, he should have demanded better preparation, and he should have send advisors and a personal guard to prevent access to his crazy views and his Tweets with serious spelling errors, that can’t be justified simply by the fashion of abbreviating or changing letters with similar sounds.

In the end, life has proved his mother right: the child would have no future here. The best thing they could do is hide him away again, and so save themselves from the ridicule and bad image, or return him to Miami to be educated.

3 thoughts on “Reports from Cuba: Elian: The Dauphin Not in Line”