The similarities between two decades old repressive tyrannies on opposite sides of the world are not coincidental.

The similarities between the Castro and Kim regimes are truly mind-boggling.

They are both family-run totalitarian dictatorships; they are major violators of universally-recognized human rights; they (mutually) engage in illegal arms-trafficking; they set up slave-labor industrial zones (Kaesong and Mariel); they peddle cosmetic reforms; they use hostages to extort the United States.

And during year’s end, they give virtually the exact same speech calling for their major democratic foes to unconditionally “recognize and respect” their brutal dictatorships.

(Note to media: Why is it “acceptable” to call Castro “President” and not Kim?)

The North Korean leader, Kim Jong-un, on Wednesday called for improving relations with South Korea and boasted of his regime’s tightened grip on power in his first public speech since the purge and execution of his uncle, Jang Song-thaek, last month.

“North and South Korea should create a mood to improve relations,” Mr. Kim said in a nationally televised New Year’s Day speech. “It’s time to end useless slandering, and the North and the South should no longer do things that harm reconciliation and harmony.”

Cuban President Raul Castro has called for “civilised relations” with the United States, saying the two countries should respect their differences.

President Castro said the US should drop its demand for regime change on the communist-run island.

That would allow both sides to continue work on improving relations, he said.

“If we really want to make progress in bilateral relations, we have to learn to respect each other’s differences and get used to living peacefully with them. Otherwise, no. We are ready for another 55 years like the last.” 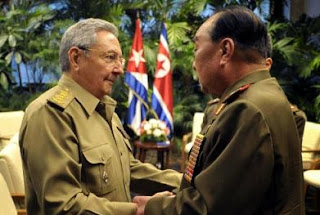