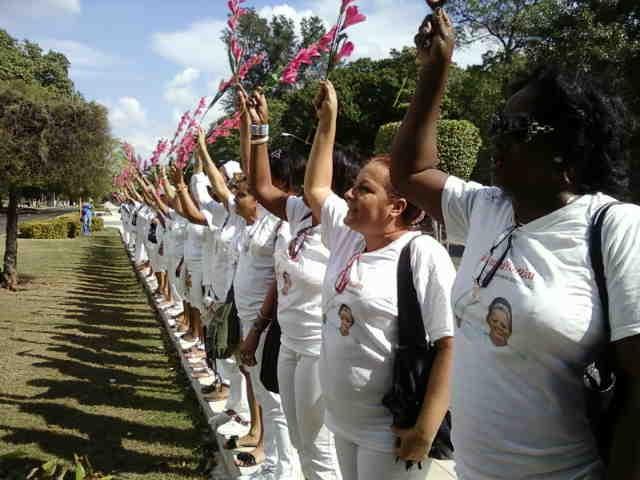 Cuba’s dissident Ladies in White treated 55 children to cake and candies in a Three Kings Day gathering Saturday in Havana, hit hard by police raiders who seized toys that were to be distributed but supported by an emergency wire transfer of cash from Miami.

Jose Daniel Ferrer, leader of the Patriotic Union of Cuba (UNPACU), meanwhile reported that similar police raids in eastern Cuba seized $600 to $900 in cash, five laptops and all the toys from dissidents who planned three other kids’ parties.

Authorities also seized $8,000 in private savings from activist Aimee Garces, who recently sold her family home and buys and sells clothes, and $300 sent to Ferrer’s daughter by an aunt in the United States, he said.

Ferrer and 43 other activists were detained early Friday as police raided dissident homes in Santiago de Cuba, Palma Soriano and Palmarito de Cauto to break up the planned parties for kids. Ferrer was one of the last to be freed, at 9 p.m. Friday.

The dissident UNPACU is now trying to gather the minimum necessary supplies to host the parties planned for more than 200 kids, he added, but may have to wait until after Three Kings Day on Jan. 6.

In Havana, Ladies in White leader Berta Soler said the women went ahead with a party for 55 children, gathered at the group’s headquarters Saturday, although police raiders seized all the toys and other party supplies on Friday.

The women managed to find some small story books for the kids, Soler said, and to buy three cakes, some candy canes and balloons, in part with a swift Western Union money transfer from Cubans in Miami.

Cuban government supporters have alleged the toys were part of a planned “provocation” backed by the Miami-based Cuban American National Foundation and the U.S. government’s Agency for International Development (USAID).