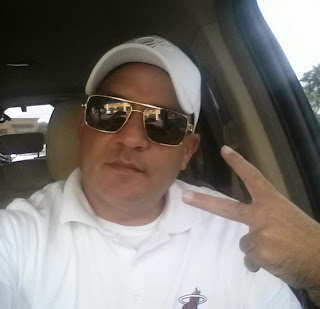 In February of 1989, at only eighteen years of age, I found myself arrested and held at Villa Marista, the headquarters of Cuban State Security. The agent in charge of my case was a lieutenant by the name of Julio Cesar Abreus Mora, a man who stood six feet tall, had a college degree in psychology and liked to converse. I have never had problems with my vision, but to me he looked like a short man. Up to three times a day, he would take me out of my jail cell to interrogate me, but I do not think it was because he enjoyed my company or because he felt sorry for me. From the beginning and for a long while after, I thought that their most important task was to find the reasons why I opposed them for I was a young man born into the revolution who did not know about all those things they refused to teach me, like the desire to be a free man.

Today, now that I am older and I have analyzed all those events, I have come to the conclusion that they did not give a damn that I insulted them or confronted them. What really worried them was how it was possible that I had stopped fearing them. I recall now how one day he asked me, “Aren’t you afraid?” Perhaps because of my age or who knows what, I had the audacity to reply, “You guys have taken everything away from me, even my fear!”

Today, I believe my response is what led them to send me to Mazorra (a mental institution in Havana) and later to the Combinado del Este prison. I am convinced that Cuba’s tyranny does not care if Cubans believe what they say or not, if they support them or not, or if they are willing to follow them or not. What really matters and they find truly terrorizing is that the people will stop fearing them. That is what they cannot allow the Cuban people to stop doing.

1 thought on “The loss of fear: What Cuba’s Castro dictatorship fears the most”