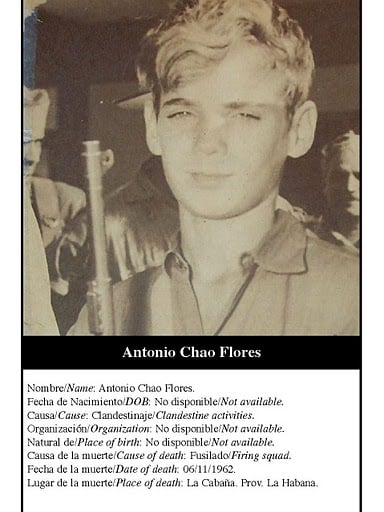 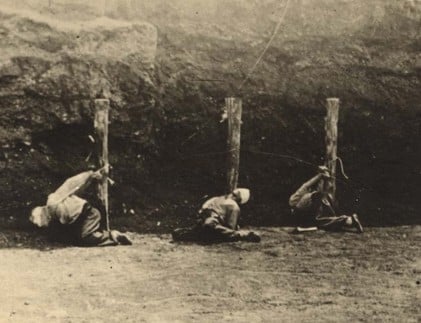 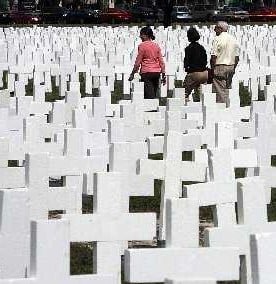 Lest we forget what opposition to Castroism once meant:

On his last day alive, Tony had received a letter in jail from his mother. “My dear son,” she counseled. “How often I’d warned you not to get involved in these things. But I knew my pleas were vain. You always demanded your freedom, Tony, even as a little boy. So I knew you’d never stand for communism. Well, Castro and Che finally caught you. Son, I love you with all my heart. My life is now shattered and will never be the same, but the only thing left now, Tony . . . is to die like a man.”

“FUEGO! “ Che Guevara’s lackey yelled the command and the bullets shattered Tony’s crippled body, just as he’d reached the stake, lifted him and stared resolutely at his murderers. But Che’s firing squads usually murdered a hero who was standing. The legless Tony presented an awkward target. So some of the volley went wild and missed the youngster. Time for the coup de grâce.

Normally it’s one .45 slug that shatters the skull. Eyewitnesses say Tony required . . . POW!-POW! . . . POW! — three. Seems the executioner’s hands were shaking pretty badly. But they finally managed. Castro and Che Guevara had another notch in their guns. Another enemy dispatched — bound and gagged as usual.

Compare Tony’s death to the arch-swine, arch-weasel and arch-coward Che Guevara’s. “Don’t shoot!” whimpered the arch-assassin to his captors. “I’m Che! I’m worth more to you alive than dead!”

Then ask yourselves: whose face belongs on T-shirts worn by youth who fancy themselves, rebellious, freedom-loving and brave?

Then fume and gag at the malignant stupidity of popular culture in our demented age.

Exposing the Real Che Guevara; and the Useful Idiots Who idolize Him.

2 thoughts on “Cuban martyr of the week, Tony Chao Flores”