Our Opposition to Odebrecht 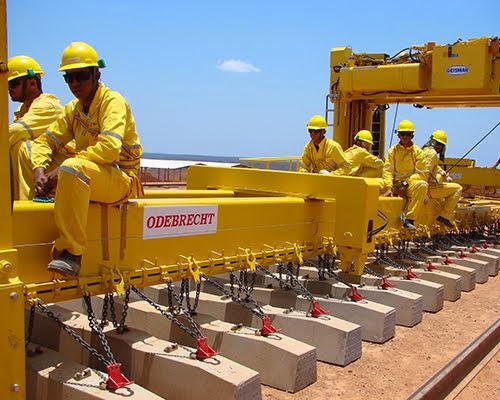 In other words, all of those talking points from Odebrecht’s lobbyists and “economists-for-hire” that Airport City would be the greatest thing to happen to Miami since Henry Flagler were misleading — at best.

But the point of this post is to answer a question posed by The Miami Herald:

“Left unsaid was what impact the smaller proposal would have on opposition from some Cuban-American leaders who were angered over Odebrecht’s involvement in two projects in Cuba – the expansion of the Mariel port through an Odebrecht affiliate, and a partnership to help revive the island’s sugar industry.”

In sum, our opposition to Odebrecht will continue until it ends its unscrupulous and immoral business partnership with the Cuban dictatorship’s military.

Until that time, we will oppose its efforts to simultaneously profit from the victims of that dictatorship.

Moreover, in case you didn’t read our detailed rationale for opposing Odebrecht last year, allow us to (once again) reiterate:

– For over a decade, Odebrecht has received billions of dollars in taxpayer money from Cuban-Americans in Miami-Dade County, a community that has suffered greatly at the hands of the brutal Castro dictatorship.

– Insensitive to this, in 2010, Odebrecht entered into a strategic partnership with the Cuban military to modernize the Port of Mariel, a priority business objective of the Castro regime.