Some promising news from Tampa: It turns out not every elected official in that city has sold out to Cuba’s apartheid regime. Tampa mayor Bob Buckhorn may not totally agree with current U.S. policy towards Cuba’s dictatorship, but he obviously has enough integrity, conviction, and respect for those who have suffered and continue to suffer under that tyranny to not allow his principles to be compromised.

Via the Tampa Bay Times:

More and more of Tampa goes to Cuba, but not Bob Buckhorn 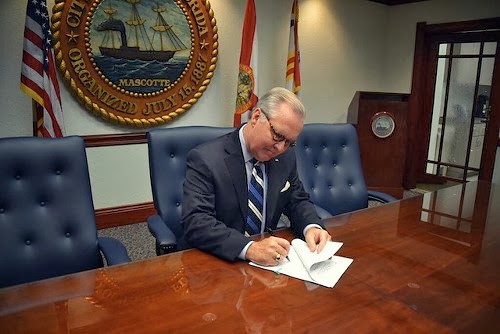 TAMPA — When the University of Tampa baseball team flies home Sunday, it will be the latest group from here to travel to Cuba in the past three years.

The Greater Tampa Chamber of Commerce went, taking airport chief Joe Lopano and University of South Florida president Judy Genshaft. Most of the Tampa City Council has gone, as has a Florida Orchestra quintet.

So has U.S. Rep. Kathy Castor, D-Tampa. On returning, she said, “Cuba is changing” and called for Washington to normalize relations, lift travel restrictions and end the 52-year-old trade embargo on Cuba.But there’s one Tampa leader you won’t see on a flight to Havana any time soon: Mayor Bob Buckhorn.

“I’m not averse to business leaders going,” he said, but “until that embargo is lifted, I don’t think it’s an appropriate place for the mayor of Tampa to be.”

The reason, he said, is “first and foremost out of respect for people in this community who lost everything to (Fidel) Castro, some of whom spent years in Castro’s prisons.”

“Implementation of democratic elections, more freedom, more ability to dissent, more religious freedoms will have to occur before the president or the Congress seriously takes a look at lifting that embargo,” he said.