More coverage of the spontaneous protest that broke out in Holguin, Cuba this past Tuesday when more than 500 Cubans came together against Castro regime police forces. The mass protest was sparked by the Cuban dictatorship police that initiated an operation to forcibly evict private vendors from a marketplace and confiscate their goods. 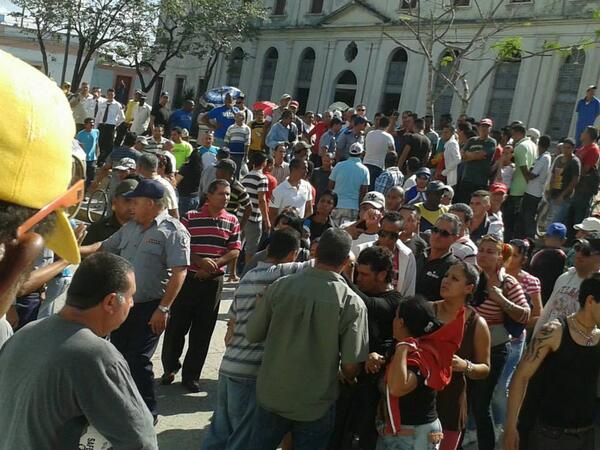 At least 500 Cubans staged a rare street protest and clash with police in the eastern city of Holguin after municipal authorities confiscated household goods being sold in an open-air market by the island’s nascent private business owners, according to witnesses.

“This has been something immense. In my 31 years, I never saw anything like this,” said Holguin business owner Wilian Zaldivar Perez, who added that patrons in a restaurant near the protest also threw rocks at the police during the confrontation Tuesday.

Communist-ruled Cuba has not seen street protests of any significant size since 1994, when thousands of people rioted in downtown Havana amid a false rumor that the ferry that takes people across Havana Bay would take anyone to South Florida.

The protest Tuesday was the result of “the dissatisfaction that has been accumulating” with the Raúl Castro regime and his halting economic reforms, said Eduardo Cardet, an Holguin physician and member of the opposition Christian Liberation Movement.

“It’s no longer the opposition protesting. Now, it’s the people,” Cardet said in a recorded statement posted on YouTube. Although many Cubans have argued that protests achieve nothing, he added, the marchers in Holguin “know that it’s worth protesting.”

Zaldivar said 50 to 60 of the small business owners known in Cuba as “self-employed” and anywhere from 500 to 700 supporters marched Tuesday for more than a half-mile to the offices of the municipal government, demanding the right to work.

The protest was all the more daring because the offices are next door to the local headquarters of the feared Interior Ministry, in charge of domestic security. Its State Security agents are in charge of repressing all forms of dissent.

Here is video of the mass protest:

A translation of is available HERE.